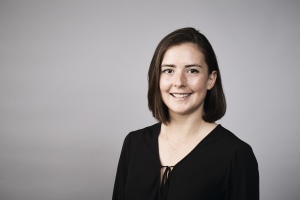 Last week there were two significant global broadcast events. One we heard a lot about. Another, we largely ignored.

Australian media wrote about the Super Bowl’s $5 million TV spots, its tedious four hour play and Adam Levigne wearing a shirt that resembled a curtain. All of this was justified. Despite viewership at its lowest since 2009, the Super Bowl still reached close to 100 million viewers in the US alone. NBC was particularly thrilled at its 15% increase in online audience – peaking at just over three million concurrent streamers.

Yet this streaming figure pales in comparison to the second (and arguably more fascinating) event of the week.

The game’s unprecedented attendance offers multiple insights into the future of digital media.

It re-writes the rules of promotion

In November 2018, Fortnite had recorded 200 million registered users – up from 125 million five months earlier. Many commentators agree that Fortnite’s popularity signifies one of the greatest media events in history, and even a threat to Netflix.

More fascinating is the potential this user base offers when gaming starts to intersect with other entertainment cultures, in this case, live music. The game’s Battle Royale format (where users are free to roam with 99 fellow players at a time) demonstrates the potential of virtual worlds, known as the metaverse.

In this virtual world, we see the intersection of traditional and new media within the platform itself. In a nod to traditional out of home (OOH), posters promoting the concert were littered around the game’s virtual island in the week prior. Locating these posters was the first step in a series that allowed users access to the concert.

In the gaming universe, tickets are redundant. Instead, access to exclusive events is granted through user behaviours. Once posters were located, attendees progressed to unlock the concert through a series of ‘Keep it mello’ challenges, including performing Mello’s trademark dance in three different locations.

It introduces engagement on a new scale

Concerts in virtual reality are not new, with companies such as Altspace hosting events of this sort for almost five years. What was remarkable about this concert was the scale of its attendance and mass engagement within the Fortnite community.

Key to this success is Fortnite’s cross-platform availability. The game can be played with the same functionality across all major consoles, PC/hardware and even mobile devices – a rarity within the industry.

In contrast to a game like Candy Crush, where users play individually, Fortnite invites social interactions through shared storylines and highly anticipated moments experienced by huge audiences at any given time. Marshmellow’s concert was the ultimate example of this. Along with a choreographed light show, rainbow fireworks and inoffensive EDM beats, the stage would shift at certain points, sending avatars into the sky in time with the music.

It offers substantial revenue opportunities for artists and labels

DJ Marshmellow is a master in using mass media to break the rules of the music industry. He rose to fame in 2016 after posing with celebrities at Coachella (gaining one million Instagram followers in the process) while his manager hijacked billboards close to the site with images of his masked face.

A year later, he returned to Coachella, this time as a headliner on its main electronic stage.

Over the past week, streams of the songs Marshmellow performed during his Fortnite concert have increased by 20,000%. The flow on effect of such an event presents an entirely new opportunity for producers.

Fortnite’s insane reach, multiplied by streaming on Twitch and YouTube, presents a critical opportunity for third parties to integrate within the game in order to drive additional revenue. Disney was first to benefit from this, with their integration of The Avengers’ Thanos in May and Wreck-it-Ralph in November last year.

While gaming trends tend to have a five year cycle, Fortnite’s constant re-invention of the game’s map, and continual introduction of new features will undoubtedly add to its longevity.

To date, Fortnite is said to have at least one million concurrent active users at any given time. Marshmellow’s concert was a glimpse into the future of live entertainment. It was also a glimpse into the cultural opportunities that exist within collective, virtual worlds.

And that is infinitely more exciting than a game of NFL.