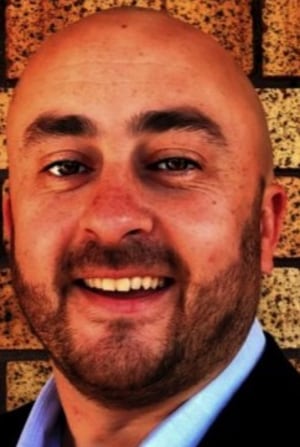 Article 2 of 4 in a series by Stu Carr, director of customer insights, Adgile

In part 1 of the BVOD Blind Spot Series, Adgile highlighted the growing disconnect between the role of TV/video advertising and the way it is bought and measured online. This observation was drawn from the latest IAB Australia ‘Video State of the Nation’ industry survey.

In part 2, Adgile examines how BVOD is being used for sales activation to a much greater extent than Linear TV is. The  analysis shows that Brand Ads perform better when given sufficient time.

What marketing science has taught us
Since 2007, effectiveness experts Les Binet and Peter Field have published a number of landmark studies based upon thousands of ad campaigns submitted to the UKs IPA Effectiveness Awards over the years.

Binet and Field observe that for years ad effectiveness has been in decline, and one of the biggest reasons is an increased focus on “Sales Activation” at the expense of “Brand Building”.

Whilst sales activation was found to deliver more short-term effects, favouring this form of advertising over brand building ultimately stunted the growth opportunity in the longer term.

Binet and Field observed that in recent years, brand building has been under-utilised in favour of sales activation.

Adgile looked to its proprietary and patented Intelligent Content Recognition (ICR) technology for the solution. ICR is an AI-based system that watches and processes all the visual components of a TV advert into meaningful data dimensions for analysis. This includes a determination of whether the ad is a brand-led ad or a value-led ad – Adgile calls that dimension Version Strategy – based on the following criteria:

To determine whether BVOD campaigns were run differently to Linear, Adgile collated the BVOD impressions each creative received alongside the corresponding OzTam linear audience. By grouping creatives together in campaigns, we could measure the percentage of audience allocated to Brand-led creatives v Value-led creative.

Adgile’s deterministic conversion tracking also allowed us to measure campaign response rates over time. We looked at the difference in response rates for each creative using a short window, and a long window – indexing the results so that results from all campaigns could be aggregated.

2. Value-led advertising enjoyed a 69% Share of Impressions overall on BVOD.

1. For the same campaigns, BVOD audiences are 1/3 more likely to see a value-led creative than a brand-led creative.

Ad tech driving short termism, or vice versa?
Sales activation creative is being prioritised over brand building creative in BVOD to a significant degree, and much more so than in linear TV. Whether the short-term response metrics favoured by programmatic tech is driving the sales activation bias, or whether advertisers are using programmatic’s dynamic capabilities to chase short term goals, is a challenge for the industry to get to grips with.

Advertisers need to seek the right balance between brand building and sales activation creatives to deliver optimum BVOD outcomes. Benefit will be seen by adopting a longer term BVOD media strategy which seeks to build on marketing fundamentals honed through linear TV.

The dynamic nature of programmatic media is a huge advantage and a significant opportunity for advertisers to be much more responsive and effective. However, brands and agencies should be cautious over ensuring their decisions are based on matured performance metrics.