The Boomer Effect: The key to unlocking Australia’s big spenders 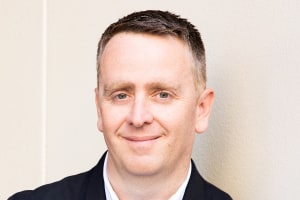 Engaging Boomers, those aged 55 to 75, may not be a priority for many marketers, and to some extent it may seem that there is ageism in marketing. In fact, only 4.7% of advertising in Australia features someone over the age of 55. However, this audience is the country’s spending powerhouse, controlling half (50%) of the nation’s private wealth.

This generation also holds almost half (46%) of Australia’s disposable income and is influential to other age groups. So engaging this audience represents a huge opportunity for marketers.

Untapping this market and understanding effective methods to engage them is the purpose behind CarsGuide Media’s research report titled ‘Redefining Top of the Range: The car buying behaviours of the Boomer Generation’. The researchreveals that Boomers “hate” the way they’re targeted by advertising and that social media is not the right channel to reach them during their customer journey. In order to engage this audience segment, we first need to understand them.

The true power of Boomers

Boomers outspend Millennials in entertainment, auto, health, travel and almost every other leisure category, indicating they are a powerful target audience and they’re ready for better engagement. They are also one of the most confident buyer segments in Australia. According to the survey  responses from Boomers in the  CarsGuide Media report, the automotive industry is a perfect example of this, with a staggering 97% of Boomers describing themselves as confident when it comes to buying a new vehicle.This is thanks to their experience; they have done this before and are ready to do it again with 44 per cent of Boomers stating they believe they have strong knowledge of vehicles. Cars are a big ticket item, which shows that their confidence can also transfer to a wider range of sectors.

Boomers are also fast buyers and one-in-five buyers (20%) say they take less than a month to purchase a new vehicle. Targeting them can have a ripple effect too as this age group has a significant influence over other  generations. In fact,two in five (45%) first-time car buyers are influenced and financially assisted by the Bank of Mum and Dad.

Another key fact about this group is that 86% of Boomers use cash when making their new vehicle purchase, reflecting their access to wealth, their confidence and their indisputable desirability as customers.

How to reach and engage Boomers

As a powerful source of authority and influence across generations, it’s important for brands to understand who Boomers are and how they form their opinions and source information. They are not swayed by traditional advertising as only 9 per cent of respondents in the CarsGuide Media research said they discovered a brand via advertising in traditional media. This audience thinks they are too often cross targeted by advertising designed to engage Millennials or are grouped into a more elderly category of buyer.

My own parents are Boomers and often talk of how they feel overlooked and misunderstood in how advertising targets them. They are not on the hunt for funeral homes and wheelchairs; they are independent and living their life to the fullest. So of course, they are switched off by advertising that makes wrong assumptions based on their age.

For this group of Australians, advertising must add value, be relevant to them and entertaining. Their customer journey is influenced by useful, trustworthy and expert content, such as thorough product reviews conducted by impartial and verified third parties. For example, the CarsGuide Media research shows that 82% of Boomer respondents have visited an automotive review website, such as CarsGuide, to finalise their vehicle choice.

It is this preference for vetted advice that sets this audience apart, as well as the lack of use of social media in their buying journey. The report shows that only 6% of Boomers use social media in their shopping research. They are not interested in content that is served to them, instead they seek out quality content that speaks to their concerns and interests while maintaining the highest editorial standards.

At CarsGuide, we are aware of the important role of Boomers as an audience, and we are committed to engaging them in a way that resonates and interests them. This age group represents 34% of CarsGuide's audience[1], which we have achieved through the creation of a trusted and impartial editorial environment. We know Boomers are active, so we have our AdventureGuide for them. But they also teach others and 40% consider video an important research tool pre-purchase, so we created content like the 4WD School for the Ford Everest. This video content features Bruce McMahon, an identifiable Boomer with decades of experience, offering 4x4 advice to a younger generation. Bruce is both offering experienced counsel to viewers, who are genuinely engaged in both the content and the activity of teaching the next generation valuable skills when it comes to safe driving. This is an example of engaging, useful content that speaks directly to Boomers on a topic that interests them and on a channel they like. A powerful combination for tapping into this lucrative set.