Reimagining imagination as a winning trait of leading businesses 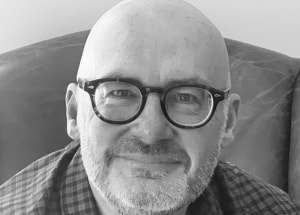 Imagination is humanity’s fundamental superpower. Imagination has fuelled the creation of great art, empires, fortunes and communities. Everything from vacuum cleaners to vaccines have started with a spark of human imagination.

In times of change and uncertainty, confidence can be found in the security of past experiences or the optimism of future potential. And for business today the key question is which path to choose?

At every point of great uncertainty and fear throughout history, societies and businesses have found a way through reinvention powered by the imaginations of the bold and visionary. And today, imagination has arguably never been at a greater premium. For our recent Insights 2030 study, we spoke with over 100 C-Suite leaders from global businesses and benchmarked our findings with a further 1,700 global business leaders. The overwhelming insight? That imagination is the behavioural trait distinguishing overperforming versus underperforming businesses.

Disruption must always be viewed as an opportunity in business and those that have been successful are often rooted in imagination. We only need to look to one of history’s greatest thinkers, Albert Einstein for validation: “Logic will get you from A to B. Imagination will take you everywhere.”
And as we navigate year three of the pandemic, businesses globally are driven to bring back focus or re-focus on their purpose. And it’s important.

Leading businesses are those with a grounded purpose in sustainability and diversity (of people, of thinking, of culture, of perspectives). But those overlaying their thinking with imagination have something extra special. In fact, our research revealed that one of the top two things that global business leaders need to know coming out of the pandemic is a deeper understanding of the new consumer. And the answer lies in imagination.

Imagination may sound like reaching for the stars, but it is a core competency for business success. Back in the 90s and noughties, imagination was at the heart of a creative function – a big brief to an agency commissioned in a silo for advertising. But fast forward and in this brave new world where purpose is now the beating heart of business, brand imagination is not artistic flair or aesthetic virtuosity. Rather, it is a way of working, built from the ground up . It is a set of structures, processes and practices. Converging customer centricity and imagination can lead to solutions that put the human-first (by embedding empathy in what we do), put the business-first (by ensuring provocation in all we do) and action-first (by building in clear activation KPIs).

The future will require even more imagination
More volatility and uncertainty are ahead. Disruption will challenge operating and business models. New approaches will be required. So, more than ever, the imperative of success will be imagination. Unless companies can bring imagination to the table, they will be unable to adapt to the more volatile, more uncertain marketplace of the future.

Businesses all now have oodles of big data – in fact, we’re drowning in data – what is missing is the big idea that puts humans at the centre. As one business leader we spoke to commented: “Data are people in disguise.” Business leaders worry that the person at the centre of all this has often been lost in the haystack of data and information—lots of data about commercial behaviours but no more, and perhaps even less, about the human experience. With disruption added to the mix, senior leaders fret that those big ideas are needed to get the full value from more data. As another respondent exclaimed: “People don’t wake up wanting a mortgage, they wake up wanting a home’. Imagine the possibilities if we could make that happen.

We’ve already quoted Einstein, but we couldn’t close this article out without a nod to Mark Twain, who said it best, “you can’t depend on your eyes when your imagination is out of focus”. We love data but without the superpower of imagination the reality is it has little true meaning or impact.