Reflections on (a not so festive) 3ve 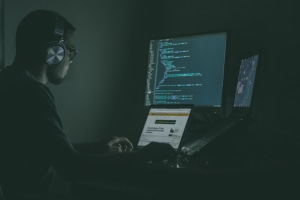 With the first month of the new decade under our belts, it’s all systems go in adland as brands around the world prepare for a year peppered with influential global events and festivities (here’s looking at you Tokyo 2020). But before we steam ahead with the new, I wonder if you’ll indulge me in casting your mind back to just over a year ago, when the advertising community came together for a very different kind of celebration.

The end of 2018 saw an unprecedented industry collaboration ultimately resulting in the takedown of the largest known ad fraud operation to date. Thought to have made an incredible $29 million between December 2015 and October 2018, the dismantling of 3ve in the final weeks of the year was hailed as a watershed moment that would trigger new partnerships and more prosecution.

This time last year, the excitement was palpable - finally, we were going to bring fraudsters worldwide to justice, and 2019 would be the tipping point. Indeed here, now in 2020, we’ve seen the next 3ve-related arrest as the perpetrators continue to be hunted down.

So, have the predictions of last year come to pass? And are we as an advertising ecosystem united in arms?

Certainly, there’s no denying that the advertising community is more conscious of ad fraud than it ever has been. Google for example, one of the organisations involved in the dissolution of 3ve, was quick to the mark, revamping its ad policies in early 2019 to better tackle fraud. Incidentally, MediaMath and White Ops, a further two of the collaborators engaged in the 3ve campaign, reunited and began co-locating servers globally to better block sophisticated fraud.

Trade bodies such as the IAB continued to make improvements and adjustments to their fraud fighting programmes, such as Apps-Ads.txt and sellers.json. Meanwhile, brands too took a greater stand. For example, in June 2019, Uber filed against 100 vendors, claiming they were engaged in fraudulent ad activity - a direct follow-up to the action it took against ad agency Fetch in 2017. Facebook also sued a string of app developers for click-injection fraud throughout the year - including Singapore-based JediMobi, and Hong Kong-based LionMobi and ILikeAd.

However, despite these efforts, ad fraud persisted. According to Juniper Research, fraud was still estimated to have posed a $42 billion risk to the advertising industry last year - up 21% from 2018.

The Successes of the 3ve Takedown

Now don’t get me wrong - I’m not here to suggest it’s doomsday. If anything, I’d argue that the risk of ad fraud hasn’t really increased. It simply looks bigger now that we’re looking for and getting better at identifying fraudulent activity that was previously going undetected.

Nor do I think we should underestimate the importance of 3ve as a landmark case in ad fraud. There are a lot of positives that we, as an industry, can take from this initiative.

For starters, the 3ve takedown demonstrated the importance of collaboration and working as a collective to defeat a common enemy. In this particular case, the campaign involved an incredible 15 organisations, some of which were direct competitors to one another.

It also highlighted the reality of the current ad fraud landscape - that fraudster operations are sophisticated, complex and running like businesses. The advertising industry as a whole therefore needs to act in a similar fashion - perhaps contrary to popular belief, we’re not dealing with lone wolves holed up in dingy basements here.

Finally, as has been well demonstrated by industry action over the past 12 months, it sent a message to the world - it is possible to make sense of the noise and track fraudulent operations down.

All that said, it’s clear that hopes of a 2019 filled with takedown after takedown were misplaced. And, with the benefit of hindsight, we can see that there are a few reasons as to why that might be.

Let’s begin with the word unprecedented - how we described the level of industry collaboration required to complete this operation. This should already hint at the uniqueness of 3ve - in order for the campaign to work, the partners all committed to a long-term plan and, crucially, needed to accept interim revenue losses to ensure the fraudsters didn’t cotton on to the fact that they were being tracked.

Ultimately, it took more than two years of careful maneuvering before they were able to put the final stake in the coffin. And the reality is that even with the best will in the world, not everyone would be able to afford the resources or financials - so it makes a campaign of 3ve’s scale difficult to replicate in an effective way.

We should also remember that there are thousands of ad fraud operations out there - so to track one individual operation in an ocean of many all the way through to prosecution and conviction, more often than not, isn’t feasible. It’s part of the reason behind why ad fraud is considered high profit and low risk for the criminals in question. In fact, five of the eight suspects behind 3ve continue to elude the authorities - we should remind ourselves that the latest arrest mentioned above is only the third.

So what now? Are we supposed to sit there twiddling our thumbs because we can’t bring the fraudsters to justice? Have they already won?

Of course, the answer is no. But if prosecution isn’t practical, we do need to find a way to deter criminals. And the solution lies, quite simply, in pricing them out.

If we consider the current status quo - typically, brands invest in technologies that help them identify how much fraud has occurred in any given campaign, and work (read: fight) with traffic suppliers to recoup costs. The process is laborious, but more importantly means that the fraudsters have already made off with the money, enabling them to start the cycle all over again.

How about blocking the fraud before it even hits budgets?

It seems obvious, but it doesn’t happen all that often - sometimes because brands think that a detection-only solution ticks the box when in reality it lacks the ability to take action. And if that’s the case, because it requires considerable human capital investment to interpret fraud reporting and develop processes and tools to fill that gap. Occasionally, people are also willing to turn a blind eye to ad fraud if it helps them achieve campaign KPIs.

The 3ve takedown should be recognised and celebrated for both bringing awareness of ad fraud to the fore, and as a catalyst for subsequent industry action - so let us raise a glass to this anniversary.

But let us also use it as a reminder to remain vigilant. Adland can only be as strong as its weakest link, so rather than relying on lengthy criminal investigations to win the war for us, it’s down to each advertiser and intermediary to take a proactive stance in preventing fraud in their own traffic. Do that, and not only do you protect your own budget - with a bit of dedication and the whole community taking similar measures, we may actually make the business of ad fraud infeasible yet. Like a vaccine, if we all do our part, our collective immunity against ad fraud is strengthened.