Planning to discover an uncertain thing: 5 lessons from 5 years of design sprints 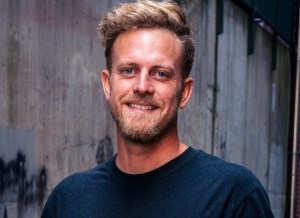 I’m a firm believer that a good idea can’t be a great idea until it’s been made. And as anyone who works in a creative field will tell you, coming up with good ideas is the easy part. Getting them sold and then made is where things get tough. Enter design sprints.

Often, agencies and clients are forced to blindly trust their ideas, their campaigns and their marketing tactics, using gut instinct to push them forward. Sometimes, it works. But often it doesn’t.

The solution? Introducing design sprints to your clients could be a decision that tranforms your business.

So what is a design sprint? Put simply, it’s a framework for answering critical business questions through ideation, prototyping, and testing with target customers in just five days.

If you work in tech, you’re probably familiar with the idea of prototyping ideas and testing them. But what about the wider world of business?

What if you could apply that same thinking to any business problem, be it customer experience, creating a marketing campaign or even creating a new brand from scratch?

Since introducing design sprints, we’ve now taken our clients including CommBank, Kmart, Breville and Allianz on over 150 design sprints. If you’re thinking about giving it a try too, here’s five of the biggest lessons we’ve learned along the way.

Do it by the book… and then throw the book out

When we started, I’ll be totally honest: we had no real idea about how to run a design sprint. In the first design sprint, I kept running out to check the book.

In the beginning, the most important thing is to believe in the process, rather than relying on how you think you should do things. Some people find that really challenging.

But for the first couple of sprints, we simply stuck doggedly to the book. I was adamant that we needed to follow the book word for word, until we had a better grasp on the process.

Then slowly, over time, we would grow experienced enough to understand how we could iterate the process for ourselves.

So what did we eventually throw out?

Firstly, we decided to change up some of the timings. The traditional sprint layout looks like this:

However, one thing we found was that asking clients to spend five whole days with you and ignore their day jobs is a big ask.

It’s easy for agencies to forget that the project clients are working on with you is one of many projects across the organisation.

Even though the process provides plenty of time to take breaks and respond to emails, this still remained a barrier for us to be able to start to scale our design sprints.

For us, the sweet spot was eventually two days with the clients, two days prototyping, one day testing.

For some reason, there’s an obsessive need to include everyone on everything, especially when you’re collaborating between client and agency.

But actually, half the value of design sprints is removing the silos in the creative process, both from the agency and client side.

We've done design sprints with five people, way up to 13 - but once you start getting up towards those higher numbers you start to lose focus and agility. The design sprint book recommends a maximum of seven, which is about right.

But while the numbers themselves should be on the smaller side, the range of voices should be as broad as you can possibly get.

When it comes to choosing team members for the sprint, it’s critical to remain open to a diverse range of people.

Don’t choose the same five people from marketing: try legal, try customer service. We’ve had some of the best ideas come from customer service because they’re there sitting and speaking to the customers daily.

The beauty of the sprint is you’re able to gain access to points of views that would usually take months to retrieve.

The best sprints are democratic... and autocratic

I firmly believe that ideas can come from anywhere. One of the things I've been really focused on is trying to break down the agency paradigm that ‘only creatives can come up with ideas’.

Clients can have good ideas, they can have bad ideas, but agencies can have terrible ideas too.

By democratising the idea generation process and giving everyone an equal opportunity, there's no subjectivity or cognitive bias around who came up with the idea. It’s about letting the idea do the talking.

Some people are better at presenting ideas than others, and by removing that fear through the process of anonymising everything, good ideas can float to the top.

But of course, the problem with democratising the idea generation process is: who will make the final decision, and how?

When planning the design sprint, there must be one key decision-maker, because if we don't have that person, how can we move forward?

The real success of a design sprint comes down to democratising the idea process, but then having one core decision-maker. That one person can leverage the collective viewpoints in the room, but the decision-maker can ultimately choose to either go with the flow or make their own decision.

Make amazing prototypes... then be prepared to discard them

For a while now, there’s been a trend in the industry for really loose prototypes - sometimes literally just some post-it notes stuck on a whiteboard.

The value of a design prototype is number one, it's very quick and cheap. Number two, through using technology such as InVision - or even just Keynote - you can make very realistic prototypes.

What we've found is that when you make a really amazing prototype, you get much better feedback from not only the customer, but from within your client’s organisation.

Being able to communicate ideas through prototypes enables other people to understand your ideas without you having to pitch it to them.

In digital, the traditional way to make a solution is through long, functional specs in word documents, pages and pages of them - and they’d never get read.

But if you've got a visual prototype, people can figure out how to do it on their own terms and they're much more likely to buy into the idea.

So you’ve made your amazing prototype. But if it tests poorly, don’t hang onto it.

If your brilliantly executed prototype fails in testing, you should celebrate. Why? Because you haven’t spent millions of dollars and months of your staff’s time bringing a failed idea to life.

All you’ve lost is five days, while gaining all those incredible insights from failure. Embrace it.

Listen to your customers... but know when to ignore them

We're really rigorous in who we test with.

But of course, this presents another problem: until you have the solution you might not know who it’s for. No matter how careful you plan, you still might end up testing with the wrong customers.

Embrace this uncertainty, because the worst that can happen is you'll simply have to test the prototypes again with another set of customers on another day.

And sometimes, the target audience is actually sitting within the agency themselves, so don’t be afraid to think inside the box every now and then.

When it comes to deciding how many, we follow the insight that with most usability testing problems, five users can typically identify 85% of the problems. After that, it’s diminishing returns.

And how to make it all happen?

The success of the design sprint all comes down to planning. It’s all about ensuring you’ve set up the conditions for success, and that fundamentally comes down to the team you select.

But to get the real value out of your sprint, ensure your plan acknowledges the fact that you don’t know the outcome: think of it as planning to discover an uncertain thing.

In the world of design sprints, nothing is ever certain. And that’s why we love them.