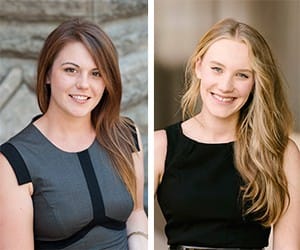 Cadbury Australia recently announced a $7 million campaign with an intensive social media strategy aimed at engaging consumers in 'flavour conversations' and asking users to identify themselves with one of the ‘personalities’ of the new flavour additions and return of old favourites within the Cadbury Dairy Milk range.

The move sees Cadbury extending the highly successful Joyville campaign into the everyday, with a new found emphasis on engaging consumers in 'flavour conversations', 'flavour competitions' and 'flavour-matching' on social media. This emphasis on engagement looks like a worrying attempt to increase brand loyalty and ‘engagement’ via social media, rather than penetration, which is vital for brand growth.

Professor Byron Sharp discusses the importance of increasing penetration, rather than focusing on brand loyalty as a means of brand growth in his book How Brands Grow. Whilst a small number of brands may have grown from increases in loyalty, most brands grow through increases in penetration and reach. To increase penetration, brands must be mentally and physically available to consumers.

The key issue with Cadbury’s heavy social media strategy is that Facebook fans seldom engage with their 'liked' brands on Facebook, regardless of the popularity of the brand. Cadbury has recognised the potential of social media’s ability to talk to some consumers with Karen Nelson-Field, author of Viral Marketing: The Science of Sharing, suggesting that social media skews towards heavy buyers of a brand, making it less likely that Cadbury is communicating with non and light buyers who have the greatest potential to increase penetration.

Nelson-Field proposes that social media does not equate to broad reach, as often the reached consumers are heavy brand buyers. That is not to say heavy buyers are unimportant to a brand, but it is non and light brand buyers that have the greatest capacity to increase purchasing and hence penetration.

Fortunately, the Cadbury campaign also includes big reach media: television. Media spend that includes these big ‘traditional’ high reach media are more likely to reach all category buyers, including non-brand buyers. The continued use of big media by Cadbury should be applauded, as with so many brands looking to the ‘sexy’ digital, it is refreshing to see a brand who can and will put media budget where the eyeballs are. And, Cadbury has retained the distinctive purple both in media and on pack.

These two strategies: big reach media and looking unmistakably like Cadbury (i.e. purple) will likely increase consumers’ mental availability so they will be more likely to purchase the brands in store.

Cadbury Australia’s continued emphasis on visually showing its distinctive purple over big reach media is an important step to remind all buyers, not just the heavy buyers over social media, of its refreshed Dairy Milk range.