Olympic fever has got me thinking about Brisbane 2032: how can we avoid a branding snafu? 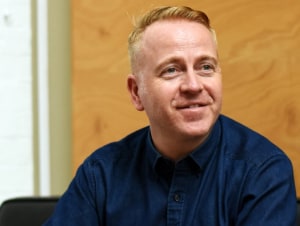 Martin Hopkins is a Creative Director at branding agency Principals.

The Beijing Winter Olympics has got designer Martin Hopkins thinking about our games in Brisbane in 2032. He casts a design lens over Australia’s successful bid and asks how the brand will come to life.

The Olympics has a long and storied branding history. From the unmistakable and timeless Olympic rings to the host country branding that interprets this classic design in new and unique ways every four years.

Right now, the Beijing Winter Olympics are unfolding with logos designed by Beijing-born artist Lin Cunzhen combining traditional and modern elements of Chinese culture. Inspired by the Chinese character for “winter”, the emblem resembles a skater at the top and a skier at the bottom.

After withdrawing the original design following accusations of plagiarism, last year’s Tokyo Olympics branding drew on its rich visual heritage but in a modern way with the use of indigo blue, a colour important to Japanese culture. The identity was clever and beautifully crafted, balancing multiple rectangles to form a circular emblem expressing diversity and connectedness.

While it’s still 10 years away, as a designer, I can’t help but think about the identity for the 2032 Brisbane Games. Given history, coming up with a design that pleases the masses shouldn’t be rushed. Every great and memorable branding project needs time and when there are a lot of stakeholders involved like there is for the Games, it pays to consult as many of them as possible. By taking the time to give people a sense of ownership, branding disasters can potentially be mitigated. And Lord knows there have been plenty of Olympic branding snafus in the past. Tokyo is case in point.

Looking ahead to Brisbane 2032, there weren’t any clues in the bid document about the design direction. Just something that looked like a school sports certificate.

Making a great Olympic identity is an art form. There’s a lot to capture: a sense of place, national pride, the Olympic spirit. And it all happens under intense public scrutiny, not only about how the final product looks but also, how much it’s all costing.

As an understated designer, I can’t go past the Olympic identities for Mexico 1968 and Tokyo 1964. Both balanced modern sensibilities with a dash of local flavour. The op-art-esque Aztec type of Mexico and the very graphic rising sun for Tokyo still look fresh today. An Olympic identity should capture the zeitgeist and both of these did exactly that.

More recently, the identity for the 2012 London Olympics was considered by many a massive branding blunder. From not representing London, to being too radical, looking like Bart and Lisa Simpson, or reading as “zion”. It would be an understatement to say it wasn’t liked by many, in fact, 48,000 people signed a petition to have it redesigned.

Having grown up in nearby Essex and the Stratford stadium, and, probably, more importantly, being a designer, I fully supported the identity. When it was first unleashed onto the public, it came with a public health warning from the BBC that it may cause epileptic fits. It felt very un-English, very un-Olympian and I liked it for that.

In the words of American designer Jessica Walsh, “If no one hates it, no one really loves it.” Which is very true, but the Olympics aren’t an event with a niche audience. Billions of people watch the Games and their central purpose is to unite the world.

In our social media approved and co-created times, would an identity like London 2012 happen today? Probably not.

It was intentionally a Games for the next generation, for a multi-cultural London and so the logo needed to ditch all the tired English and Olympic visual conventions. Which it did. It was a game-changer for brand identities in general, becoming dynamic and global.

So, what can Brisbane 2032 learn from all of this?

The city is presented with a unique opportunity; unlike London or indeed Sydney or Melbourne, Brisbane does not have a long and defined visual history to hold it back and be accountable to. But it can’t pretend to be something it’s not.

On the flip side, as it stands, the city doesn’t have a visual identity or not one that’s widely known. Its surrounding regions, the Sunshine Coast and the Gold Coast are arguably the much more famous brands. So, does it leverage the region or start place branding now?

The Brisbane games need to strike the right balance of being modern but not too so, local but easily understood globally. The identity needs to stand out in a sea of sponsor and broadcast brands, and last but not least, it must be being embraced by most (not all) Brisbanites. They’re the ones who will have to live with it before, during and long after the Games.

Given the abundance of wildlife to choose from, the mascots should be easy but since the Sydney 2000 games claimed the kookaburra and echidna and the Gold Coast Commonwealth Games snared the koala, would a croc make a good mascot? I reckon it would be a cracker.

Either way, it’s worth getting started on the identity sooner rather than later. By getting the people of Australia involved and behind the brand as early as possible, our Olympics will be on track for branding gold.