Nothing but net; the fundamentals of leveraging subcultures in sport marketing 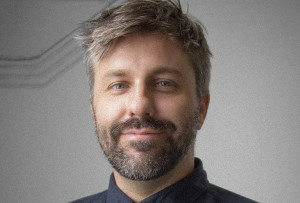 Aussies have always been sports fans, but a year of lockdowns have left them more interested in sporting communities than ever before. Now We Collide’s Ryan Bodger shares his thoughts on basketball subcultures and the opportunities for marketers in reaching these audiences.

How many people would recognise these names without having watched a full game of professional basketball in their life?

The popularity and cultures surrounding sports entertainment have skyrocketed. Digital innovations, particularly throughout the pandemic, have been geared towards emulating real life experiences in the digital and now virtual world. This has expanded the borders of sport further than ever before, bringing new communities into the foray and invigorating those that already existed.

Basketball in particular has seen incredible growth, particularly in Australia. The national men’s basketball team, Boomers, made history in the Tokyo Olympics with the team’s first ever Olympic Medal. Interest in the athletes and their stories have built a pop-culture even when fans weren’t able to physically attend the games.

Marketers have a unique opportunity to tap into this thriving, passionate and engaged audience. But every new game comes with its own rulebook and challenges, and understanding these are foundational to any success a brand might hope to achieve.

Australia is a sporting nation, and basketball has become a very important part of that national psyche.

The recent success of Australian basketballers overseas, including Patty Mills, Andrew Bogut, Ben Simmons, and more recently Josh Giddy and Joe Ingles, has contributed to skyrocketing interest in basketball and the NBA. The triumphs of these athletes on a global stage has played into a sense of patriotism and community built across international borders.

The Last Dance, a docuseries focusing on the career of Michael Jordan, also introduced popular narratives around basketball to the everyday Australian audience. For those who weren’t able to watch the games Michael played, this was a portal into the world of the NBA and basketball culture they previously didn’t have access to.

Another consequence of being an international fan is embracing virtual channels and innovations to consume sports.

This means that a significant proportion of NBA fans are no longer sitting through entire games via streaming. Instead, they’re accessing highlight reels, recaps, dedicated sporting apps, and even betting websites to participate with the game. These are all channels outside of the traditional sports broadcaster which are being engaged to support thriving fandoms.

This gives marketers more mediums than ever to tap into the subcultures created by these communities.

It’s not all balls and whistles

The barriers that separate these cultural avenues from each other are disintegrating. An example of this is Drake’s music video for Laugh Now Cry Later, which featured athletes Kevin Durant and Odell Beckham Jr. playing basketball with the artist. The unique combo brought Drake’s fans to the NBA and the NBA’s fans to Drake - broadening the reach that either combo had solo.

Now We Collide was also recently involved with an extended campaign for ESPN and the NBA. The campaign’s goal was to market the NBA finals to a wider audience outside of those fans who would already be tuning in. The solution? Now We Collide commissioned Aussie artists to create six original artworks of some of the game’s iconic athletes including LeBron James, Giannis Antetokounmpo and Kawhi Leonard.

The campaign immortalised these superstars in paint, with artists selected for their genuine passion for the game and their social media presence. The campaign successfully played to an Australian demographic of those interested in street art, culture and sport.

It’s a clear example of how effective sports marketing partnerships can be. Utilising new cultural avenues can expand audiences to new horizons, as well as providing passion points to freshen and invigorate brand images.

Don’t just bet on it

For all brands looking to get involved in these subcultures or communities, brand safety has to be at the forefront of their concerns.

Ensuring brand and artist values align is essential for productive work relationships. Some subcultures developed as a rejection to mainstream cultures, so understanding the passions, interests and concerns of artists is paramount in ensuring both parties are on the same page.

Brands also need to invest in authentic messaging, rather than bombarding the fans with the product. Understand audience triggers and interests to ensure you’re building awareness in a genuine and sustainable way. Culture changes with the click of a mouse, so proactivity not reactivity will be the key in staying ahead of the curve.

Data, as always, is a fundamental part of analysing the impact of campaigns and can be rolled into future plans. Making use of all available assets, including smaller digital-first, creative agencies, will help brands keep up in a fast-changing environment.

When it comes to sports marketing, in particular for basketball, the time is ripe for marketers to capitalise on super-engaged and interactive subcultures. Understanding who exactly these cultures are and how your brand can support their interests gives your company the best chance of getting a slam dunk.