Normal has become the new aspirational: here’s what brands need to do about it. 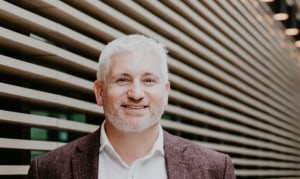 Who remembers the good old days? Those blissful days when you saw your co-workers in more than two dimensions and maybe even went for a beer with them after work. And when there was more exciting sport to watch than a stranger doing push ups in the park.

Ah, those were great times.

It’s remarkable how quickly we have developed a longing for what was normal not so long ago. In a few short (but seemingly never-ending) weeks we have lost so many of the things we took for granted that we are surrounded by nostalgia for the mundane. Every Zoom call kicks off, it seems, with wistful conversations looking back at days we ate pies in football grounds or when were allowed to shop for shoes, and the desperation to have school start again full time is written across every parent’s face.

We see this nostalgia for the ordinary reflected in consumer behaviour too. Craft beer was the growth area for breweries over the past few years before the crisis, but Carlton United Breweries CEO Peter Filipovic told The Australian newspaper "People are reverting to trusted brands like VB, Great Northern and Carlton Draught… Craft is suffering." Australia’s lockdown has seen consumers turn back to the ordinary, unpretentious beers they’ve known as a steadfast feature of Aussie life.

We’re also seeing it in viewing habits. During the period of confinement Foxtel has run marathon weekends of old family favourites like Seinfeld, and Modern Family, and seen massive audience growth for them. Alongside first run dramas such as Devs, Outlander and I Know This Much is True, the most popular series on the platform are classics: The Sopranos, Game of Thrones and The Wire. Netflix is doing a roaring trade in Kath & Kim and Big Bang Theory, and Ten Play has seen viewers tune in again to Bondi Rescue and 80s favourite Aerobics Oz Style, as we lap up the televisual equivalent of familiar comfort food.

Banal acts of normalcy have been elevated to aspiration status by recent events. Maybe it’s just me but it feels like even seeing people hugging on TV and going to a crowded bar or restaurant together makes me feel warmer; closer somehow to the end of our own surreal isolation.

This, in my view, is just the message to be associated with if you’re a marketer right now. Being part of our return to the ordinary is both an aspirational and an attainable positioning for a brand, and it’s easily achieved.

But don’t consumers say they’re not going back to “business as usual”?

Many analysts believe that people’s behaviour will be changed in some permanent way by recent restrictions. Whether it is more remote working, better hygiene standards or reduced international travel, there are features of this crisis that are held up as trends that will continue after COVID has gone.

But we need to treat this with some caution. Whilst Boston Consulting Group’s COVID-19 Consumer Sentiment Snapshot shows that half of Australians say they expect to shift down a gear to a simpler life and daily essentials are expected to increase volumes by 31% this year, this is not going to mean abandoning the familiar.

Prof Mark Ritson has warned of a ‘false pneuma’: the idea that a sudden crisis makes us to think that societal habits have been permanently altered, when actually, unless there is lasting regulation, we will revert to our old ways incredibly quickly. He cites the UK’s outbreak of BSE (Mad Cow Disease) in 1992 which killed 172 people and over 4.4m cattle, and saw sales of beef in the UK fall by 40%. It prompted headlines predicting the end of the British Sunday roast and as a consequence cattle farming in general. Yet within six months of the crisis ending, sales of British beef were back to previous levels. Nothing had changed.

For me, the nostalgia for normal suggests that talk of massive change is indeed a false pneuma, and our way of life will quickly revert to what we know. The brands that can associate with that normal, with that ordinary we now aspire to, stand to gain significantly over those who expect to react to a new way of life.

Our lives will instantly feel more beautiful as the restrictions lift and for a brand to be a part of that fleeting moment is powerful. The temporary joy we’ll feel in how wonderful it is to be able to meet a friend in a café, invite family or friends over for a meal, laugh again with the ones you love (and have not been shut in with for weeks): this is a unique sentiment for a brand to be associated with.

A shift in tone

Initially a shift in tone towards empathy paid off. In a Havas survey of Australian consumers, 78% had a stronger affiliation to brands and businesses who were adapting their tone during the crisis. Brands rightly shifted from overtly sales-orientated messaging.

But by now we’ve developed “all in this together” fatigue: we’re sick of ads shot on phones showing sad people staring out of windows or being ridiculously creative in their homes alongside mournful piano soundtracks. But we’re probably not yet ready for the dynamic call to action to go out and spend money again. It feels a bit early if you have just been told you can sit in a park without fear of arrest.

For brands, and the marketers that shape them, maybe it’s time to act quickly and rethink how they present themselves to the world.

The positive sentiment brands could generate from simple creative celebrating the pure joy in what used to be ordinary is compelling. Going on holiday, dancing at a concert, eating a damn good pub schnitty: we aspire to live like that. It could be trying out your isolation bread-baking skills on a group of friends, featuring Lurpak, it could be a picnic in the park fuelled by KFC, it could be a day at the beach refreshed by Sprite. All of a sudden these images aren’t tone deaf, they’re aspirational. And associating brands with those attainable aspirations seems to me a great chance to borrow some positive energy at a time when share of voice and share of attention is historically cheap to achieve.

This feeling won’t last. Soon enough we’ll be back to taking our trips to the shops and pubs for granted again, and complaining about how crowded places are. So it’s vital that advertisers act now to ride the wave of positivity that is about to crash over us.

The good news is that the public is much more tolerant of ‘rough and ready’ commercials. If the sentiment is an accurate and authentic reflection of our lives, we’ll forgive a little hand held production and rushed editing.

Of course there are risks. All messaging needs to be sensitive to the enormous public health emergency that we are still living through. Any easing of restrictions might increase transmission and see lockdown re-imposed. But fear of a tone deaf approach if things turn bad could mean advertisers miss out on a very rare opportunity: one we may never see again in our lifetimes.

So when you’re next on a Friday Zoom call, sharing a beer through the screen and reminiscing about the chicken parmi the pub used to make, perhaps also reflect on whether that’s the message Australia needs to hear right now, and whether your brand can be part of sharing it.