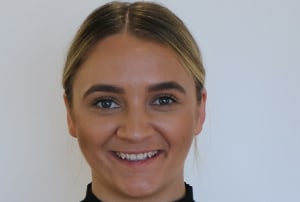 Our industry can Get up! Stand up! Show up! by becoming an ally in the push for the Uluru Statement from the Heart, writes OMD’s Naej Sahara Blanchard-Dunn.

I am Naej Sahara Blanchard-Dunn, a proud Quankamooka Noonuccle and Budawang woman, paving my way through the media industry as a current Sports Partnerships Executive.

Within OMD I have been extremely lucky to be welcomed and nurtured into an organisation that truly dedicates both time and resource into educating their employees on First Nations history. But I always remember that my positive experiences are preceded by the brutality my ancestors faced trying to gain equality and acceptance within the Australian mainstream.

For me, NAIDOC Week is a time where we celebrate the achievements of First Nations but also a time to remember that these successes haven’t come without great loss. Beginning with the invasion of 26 January 1788, which is the day when the population of my people began to decline from around 750,000 to 1 million, to only 80,000 by 1880.

That’s over 100 years of slaughter.

I’ll let that one sink in…

My advice to the media industry during NAIDOC week is to Get Up! And Stand Up!
Get Up! and attend a NAIDOC Week event and educate yourself in First Nations history.

But also Stand Up! for our mob by becoming an ally in our push for the Uluru Statement from the heart.

For those who are unfamiliar the Uluru Statement from the Heart, it’s a reform for the government to establish an Indigenous Voice to Parliament, enshrined in the Constitution, empowering Aboriginal and Torres Strait Islanders to have a say on the laws and policies that impact them. It will be a permanent institution that will advise the Parliament and Government on important issues.

This is an integral piece of the puzzle to help ease the intergenerational trauma that floods the souls of my people and will help in improving our quality of life.

So, if there’s anything you can take away from this NAIDOC Week, let it be these three points: