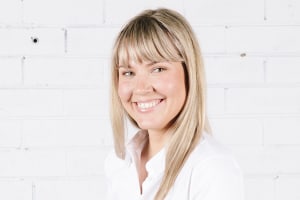 So… wait…Facebook owns the concept of the multiverse now?

Facebook’s recent declaration that they are focusing solely on the creation of the Metaverse via their rebrand to Meta (you can check out my comments on that lame branding attempt here), has led me to ask the question - can you really monopolise the next big thing in tech?

Google has done it with Search, sure. But Social Media has evolved consistently over the years, from web forums to mobile apps with a seemingly low barrier to entry (hey, Trump). Surely the concept of the Metaverse is bigger than one company?

The collision of gaming, social media and virtual reality has been on the horizon for a while now, and while many argue both industries will remain strong in the minds of consumers for certain specialities (I.e: photo or video sharing) - the Metaverse is predicted to be the home of online social interaction. They’re calling it the age of the multiverse era, and there will likely be niche ‘worlds’ for us to explore and escape into.

The metaverse is the concept of an online virtual world where people use avatars to project themselves into a digital environment. You will be able to earn money, own digital possessions and transcend the seemingly lacking sense of true community that currently exists online. In his recent Facebook Rebrand announcement, Zucerburg described it as “an embodied internet where you’re in the experience, not just looking at it”.

The way the multiverse era impacts the real world will likely be irrefutable, especially in certain areas of culture, society and of course, business.

Brands, marketing and the customer experience

The opportunity here for brands is pretty unreal, pun intended. This is another level of delivering experiences that we haven’t even scratched the surface of - and while throughout covid larger tech conglomerates and celebrities have been using similar environments to connect with their audiences virtually, with stars like Travis Scott and Ariana Grande rocking Fortnight (check out more about Travis Scott’s award winning performance here) - the real excitement for me is when this hits mass.

Smaller businesses will be pushed on creativity beyond their wildest dreams, and instead of being restricted to the style of platform they’re marketing on, they can craft customised and on-brand experiences in a world where the common laws of physics and society don’t actually exist.

The world of advertising too, will explode in the multiverse era. With so much new virtual space, not limited to feeds or pre-video recordings, brands will be able to pay for space literally in thin virtual air. Making the tech companies who create these environments very, very rich.

Can you actually feel ‘present’ with someone else in a digital realm? With all of the negative effects we see from intense social media use and online to date, what will the impact of this technology have on our in-person relationships? Or on our mental health?

There’s such a huge potential for real danger here too. With all the negative effects of social media on society to date, we need clear guidelines and boundaries put in place before this gets out of hand and we see corruption run rife. Companies are aware of their impact on society (Facebook’s recent document link confirmed that), and this is something so much bigger.

Do we need to learn from the scandals of the last several years and put more controls in place over the power these companies will have? Or is this an extension of freedom into digital and, like the internet, deserves to have its shadow areas to reinforce the freedoms of humanity?

Which leads me to my final question, what truly is corporate responsibility when it comes to the world of tech? Beyond privacy policies and legal restrictions, will the way a company utilises our personal data become a real motivator in whether audiences choose to use this new technology? Or, similar to right now - will people just, not, care.

The upcoming generations are much more motivated by doing good. Millennials and gen z place a premium on companies who have a social and corporate responsibility, willing to sacrifice things to choose companies that support the causes or ideas that they care about - but does that really translate to privacy? Having grown up in an age of the internet and social media, my threshold to my private data being used is alarmingly high when I think about it…

The success of a multiverse will really depend on the organisation’s ability to make it sticky. How will they keep users in there for as long as possible? If the success of Meta’s channels like Facebook, Instagram and WhatsApp is anything to go buy - there’s a very high chance that they might already have this one in the bag.

Paris Young is the founder of strategic design agency Pascal Satori. Pascal Satori specialising in helping startups and small businesses make their mark through a combination of branding, design strategy, marketing and digital services. The Melbourne-based agency was launched in late 2017 by founder Paris Young.