Looking back on the Digital NewFronts 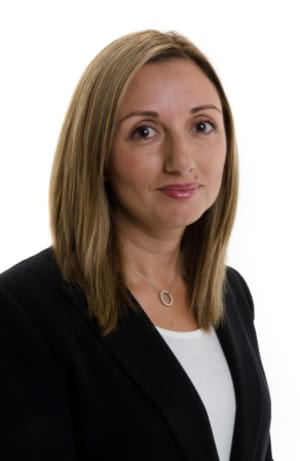 As the dust settles following the IAB Digital Content NewFronts, which took place earlier this month in NY and the industry contemplates the response from media buyers and advertisers alike, there is one thing that comes through loud and clear: there is a distinct blurring of the lines between linear television and digital.

The blur is so clear that a lot of the Twitter chatter toward the end of the event was about when – not if – the Digital NewFronts and traditional TV UpFronts might become one event.

While Twitter chat may be flippant, three key studies recently released provide some sizeable substance to the signs of blurring.

The first of these, a US study released by IAB and conducted by Advertiser Perceptions surveying 305 buy-side professionals, found that investment in digital video by brand advertisers is up 90% from two years ago. The study “Digital Content NewFronts: Digital Video Spend Study” reported that two-thirds of the survey’s respondents (both brand advertisers and media buyers) said that they anticipate their broadcast and cable TV ad budgets to stay the same or decrease in the next year.

A research supplement to that spend study, “Content Revelations”, from DigitasLBi, revealed that two-thirds of marketers and agency executives believe that original digital video will become as important as original TV programming in the next three to five years. And finally – according to the IAB “2015 Original Digital Video Study”, a quarter of the adult population in the States tunes into original digital video programming at least once a month - a 13% increase over last year’s audience size.

No matter which way you look at it, it’s clear that digital video consumption is on the rise and with it we are seeing a massive increase in investment in original video content. More and more consumers are ditching traditional cable and subscription services in favour of the digital content offering – and where the eyeballs go the publishers and their dollars will surely follow as they deeply embrace their audience – perhaps led by the Millennials who are pushing the industry forward.

Another of the big themes to emerge from NewFronts was the importance of measurement in selling digital video. IAB covered the events with a dedicated digital broadcast, IAB TV, and questioned a number of senior executives who spoke to the importance of getting measurement right. Their general perspective is best summed up by Tania Paul, senior digital media planner at DigitasLBi who said: “We used to plan and spend a lot in TV and we’re seeing those dollars start to shift to digital, so measurement is of great importance right now: being able to get past clicks and click-through rate.”

Bringing this closer to home is research showing 3.1 billion streams were watched by the 13,847,000 people actively streaming online during April in Australia. Some 67% of Australians view this video content on their desktops or laptop computers, a further 49% opt for internet-enabled televisions and an increasing number shifting their viewing to smartphones and tablets.

All of which just goes to affirm as an industry we are on track to outgrow the concept of content designed for a specific screen. Instead it will be all about content that’s diverse and prolific – and in a world where we have access to content across every screen, all the time and at any time - there will truly be something for everybody.