iPhone Fever... There is no known cure 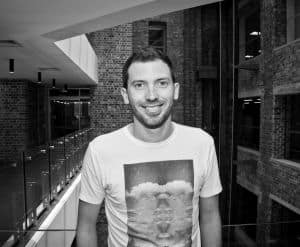 It’s that time of year again. Spring. The smell of fresh iPhone is in the air.

Or, depending on what you read, the stench of an uncreative, idea-stealing, late-to-the-party, multinational (read: evil) company that now has the chutzpah to force me to have free music on my phone from one of the world’s most successful bands.

Aside from my advertising day-job with The White Agency, I also own a telco retail store. Add into that mix a collection of opinionated mates, and I get front row seats to the annual Apple orgy/hate-fest.

This year’s round of madness has been particularly intriguing.

The phone calls to my telco store are unrelenting. We call it iPhone fever. People have the fever. Symptoms include being short of breath and experiencing mild panic attacks at the thought of missing out on an iPhone on launch day. And there is only one cure: a shiny new iPhone.

Meanwhile, on the other side of planet earth, the Android/Open Source/ironic comic book t-shirt wearing guys with beards are hyperventilating with the usual hate-filled fervor.

“Samsung have had big screens for years!”

“Japan has had mobile payment since the nineties.”

“I bought my first watch when I was six.”

All of which, of course, entirely miss the point.

Apple isn’t a company about doing it first. They are about doing it right. Well, their version of right anyway. Which means ‘intuitively’. And ‘beautifully’. And in a way that actually works.

Android do it first. Then Apple do it better.

ApplePay is a good example. Apple announced it with usual fanfare as a game-changer. Android users moaned in response that they have had NFC payment for years.

But, have they really?

Despite the technology being available for years, NFC mobile payment has never quite taken off in Australia. And for good reason. No one has found a way to bring the merchant and the bank and the credit card companies seamlessly together with enough critical mass to change the game and turn it into a widespread payment method. Current offerings are on a bank-by-bank or app-by-app basis. It’s clunky. It’s hard to understand. It’s disjointed.

ApplePay seems like it may just change the game.

I guess we will find out in the next year or two. My bet is that Apple will have done what they always do: taken an existing technology, make it work more seamlessly, intuitively and beautiful and then dominate the market.

Android lovers won’t believe me when I say this, but I really am phone agnostic.

Mostly, I want my telco store to deliver amazing service to our customers and give them the phone they fall in love with, regardless of whether it is Android or Apple.

From an advertising perspective, I love the beautiful, moving ads that Apple creates. And I mostly enjoy the guerrilla/spoof responses of Samsung (or, this year, IKEA).

Ultimately, the white noise that always comes at this time of year really doesn’t change reality. The reality is, there will be a very big queue outside my shop on Friday and we will serve a month’s worth of customers in one day.