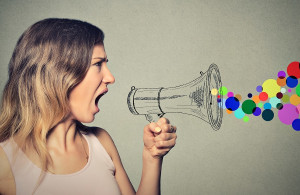 Have you seen the headlines:

ComScore predicts 50% of searches will be done by voice next year, and Gartner says 30% of all searches are done without a screen.

But, is it worth putting resources into building voice apps?

Certainly, consumers are going to use voice commands more in the future. Voice assistants are literally being given away by Google (Google Assistant) and Amazon (Alexa), while Apple has integrated Siri into phones, watches, laptops, desktops and now their HomePod.

But let’s stop and have a think about how what we already know about consumer behaviour and how that might translate to how people use voice assistants.

First, voice isn’t great at giving you alternatives. None of us love phone menus - beyond two options and you start to roll your eyes. Which is probably why most voice assistants remove this inconvenience wherever possible. But this means that you have to be happy with whatever brand Google or Amazon picks for you, and so voice isn’t likely to take off for shopping beyond items people don’t care about.

The problem is, people DO have preferences for which brands they buy. We know from decades of research that consumers buy from repertoires of brands and that they exhibit split loyalty. And, although the NBD-Dirichlet can accurately predict habits in aggregate, it is not possible to predict an individual’s next purchase. So, at best the voice assistant can make a good guess for you, but it can’t replicate the divided loyalty and variety seeking behaviour that is instinctive to shoppers.

Second, if you’re only buying one thing, it’s probably something you really need, right now. Like toilet paper. Or nappies. So speedy delivery is going to be a big factor. Amazon has been talking about drones for years now, but there doesn’t seem to be much progress, (despite June 2019 promises that drone delivery will happen “within months”). When packs of loo roll can fall out of the sky, everything will change. Alphabet is spending money to make it happen, as is big-hitter Dominos (yes really) but I don’t recommend holding your breath.

Quick delivery has a lot more potential for large-scale change in our lives than voice search. That said, even in China, only 18% of all retail was online in 2018. And even lower (perhaps only 4%) when you look at only grocery, and that’s in a country where bicycle networks can get products to you faster than you could get there in the car.

We know that most shopping trips are short trips for very few items, often to be consumed shortly after purchase, so if these aren’t catered for with delivery then the potential for voice search is limited. It’s unlikely to ever be cost effective to pay for a tiny airplane to fly a burrito to your door – but it could happen.

Third, even Google says people use their voice assistants to do things that don’t necessitate a choice - or cost money. “Turn on the lights” or “Play some music” are low-risk requests. Google says that commands where the user knows exactly what will happen (or hopes to), like adding calendar events or playing music, are 40x more common than search requests. So even though people are using their voice assistants, it’s not necessarily to search for or buy anything.

Some reporting claims huge use of Voice Search - but they neglect to mention that it’s using voice searching on a device with a screen. Google admits that half of all Assistant interactions involve someone giving up on voice control and using their boring eyes and fingers. This definitely takes the shine off the Magic of Voice: in fact I’m not sure that it is any different to typing a query into Google or Amazon directly - beyond the buzz that is.

Screen or no screen, we return as ever to the importance of understanding the Mental Availability your brand possesses, and across which Category Entry Points. And, of course, using traditional display advertising to build these, and paying for search advertising - if that’s the way your category is purchased.

The inevitable end of any article about Voice Search tells you that you need to be the single option, asked for by name, and that consumer loyalty will become more important than ever. And, if people used voice assistants the way consultants dreamed, they might have a point. But as it stands now, the difficulties in getting voice to do what you want, in a timely manner, without resorting to a screen, mean we are not quite there. When you factor in people’s natural variety-seeking behaviour, and the simple fact that for many people, pulling out a screen and tapping away is actually pretty efficient, voice search might not be worth spending money on…at least not yet.

Dr Bill Page is a senior marketing scientist at the Ehrenberg-Bass Institute, the world’s largest centre for research into marketing, based at the University of South Australia Business School.