Have the courage to be wrong: What I learned about finding a better way to grow 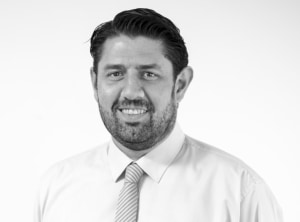 Earlier this year around mid-March, Wavemaker rebranded. At the time, our Global CEO Toby Jenner said “Exceptional growth now requires uncomfortable change. This change demands courage from our clients and from our people. Wavemaker understands this. We must live up to our name which reflects a provocative, even fearless attitude.”

Toby set us a challenge, which could have easily been missed in the chaos of 2020, but it was so crucial to for us at Wavemaker to understand and adopt. He challenged us to be courageous and fearless.

But what does courage and fearlessness mean in the work of a media and advertising agency? I’ve thought about this question a lot, as being courageous and fearless are not necessarily aligned. Franklin Roosevelt said “courage is not the absence of fear, but rather the assessment that something else is more important than fear.” So, perhaps we need to view this in order; either be fearless, or if that’s not possible, be courageous.

But courageous in pursuit of what?

Now this was where I found things got interesting. What could be more important than fear that required my courage?

To answer that I needed to consider what I was afraid of? This answer would be slightly different for everyone, and I can assure you there is nothing in my job which makes me more afraid than my overwhelming fear of heights. However, when thinking about my job at Wavemaker, a common, underlying fear I’ve felt over my career was clear, and I think it could be more common than we’d like to admit: I had a fear of getting it wrong, and feeling foolish as a result.

We work in an industry that prides itself on creativity, ideas, smarts, being innovative and strategic, where return on investment is critical and failure could cost you your job, and your agency a client. In 2020, we watched good people lose jobs throughout our industry, and the risks of being wrong never felt so present. Being wrong felt like a luxury we couldn’t afford.

So I had two options…option one was never be wrong, and option two? Option two was to confront my fear and embrace it. What would happen if I accepted I could be wrong, that I probably was often wrong, and that others may know things I didn’t. This brought me to the concept of “Intellectual Humility”.

Intellectual Humility is having a consciousness of the limits of your knowledge, including a sensitivity to circumstances in which your natural bias is likely to function self-deceptively. Simply, it’s your sensitivity to bias, prejudice and the limitations of your viewpoint.

So rather than be afraid of appearing to not know something or being wrong, a courageous, uncomfortable approach would be to accept that overcoming my fear would enable me to become more aware of the limitations of my knowledge, opening up new opportunities for growth and learning.

It’s easy to read that and think it doesn’t really apply to me, I have experience and know what I’m doing. But it’s that experience, which forms our view of the world and the assumptions that come from it, which we need the courage to overcome in order to admit when we are wrong, or that we don’t know.

In practice, I found the idea of being intellectually humble makes more sense when considered in the context of the alternatives.

I think the middle ground is the home of the truly courageous. The Intellectually Humble, who despite the fear of potential public embarrassment from being wrong, are willing to revise their viewpoint, and respect the viewpoint of others. Those who are willing to be wrong and change their mind. Don’t doubt this is hard, our brain treats threats to our beliefs the same way as a physical attack, so overcoming this fear is difficult.

So let’s return to Roosevelt.

Q: What is more important than my fear of being wrong?

A: Finding a better way to grow and be successful.

If we are willing to take a risk and be wrong, if we are willing to change our mind, we open ourselves up to a new way of doing things – potentially a better way to do things which can deliver a better result. Most marketers with a few years of experience have been around long enough to know the outcome of doing the same things over and over. At best you’ll get the same result, and more than likely you’ll actually get progressively worse results as your competitors out manoeuvre you.

The challenge is to practice intellectual humility as an overt action you take every day. To explain this, ask yourself “what do you believe that you know is wrong”? Most of us will say nothing, as if it was wrong, we wouldn’t believe it, right? Yet, there are many things we could be wrong about. To set ourselves free and become truly humble, we must enter every interaction with the humility to accept the limitations of our own knowledge, listen to those around us, respect their point of view, be willing to learn and change our views.

Put simply, courageous change requires the humility to realise we have something to learn from others and to not be defensive. If we have intellectual humility, we are open-minded, acknowledge we don’t have all the answers, and communicate with others in a respectful manner. A media agency with empathy, intellectual humility, and courage will have genuine impact and improve outcomes for both clients and our staff.

Toby was right, exceptional growth DOES now require uncomfortable change, and we must be courageous enough to approach the future with humility.