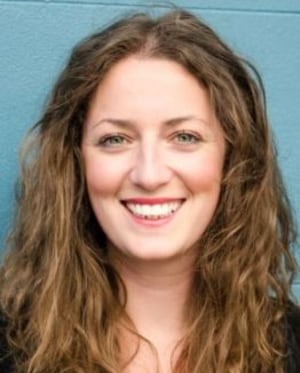 Publishers survived a long time before Facebook, and they'll survive a long time yet without it.

So before panic ensues, feathers ruffle and the pulsing stress veins throb over this algorithm change, cast your mind back to content consumption before Facebook. Bring your mind back to what so many in adland profess as being the hot ticket – customer experience (CX).

After reeling publishers in with its traffic-pulling hook which many swallowed, along with the sticky sinker too, Zuckerberg says today's News Feed changes are all about this very one thing – CX or as he puts it, the “well-being” of users.

Facebook has always defaulted to 'user-first' in its rhetoric, if not its actions.

Like it or not, that's his case and when you really take your adland hat off and put your consumer hat on, it makes sense from that side of the fence.

After all, that's what the platform's main purpose was, to see posts from friends. It wasn't created to read news, or recipes or catch-up on sport. If people are that keen for such items to be in their News Feeds then surely they can select those publishers as 'see first' options on the settings – just as I have done with my mum, siblings, BBC News UK and National Geographic.

So, while a big chunk of some publishers' traffic may have come rather easily from smashing it on Facebook with a punchy headline, stimulating visual and an apt little teaser, the ease of reach dwindles more, and perhaps it's time that it did.

While B2B is different, AdNews relies on social media for a chunk of traffic. However, it's not our main source of traffic – with organic search, direct entry and email topping our user acquisition paths.

Facebook is, however, our top social media platform, closely followed by LinkedIn. Our niche audience reads us because of the quality and topics we write about and they wish to stay informed - not because they spot something on Facebook.

As digital editor, with a responsibility to ensure increasing traffic and engagement to AdNews.com.au, I am all too aware of our stats and customer acquisition methods. Social media is our fourth biggest traffic driver and while Facebook leads the pack, the News Feed changes are not the shock horror for us as they may be for others.

Of course the channel is important to us, but it's not the be all and end all. If it was, is that really a good or smart position to be in? To put all our traffic eggs in one main basket that we can't control?

Publishers have seen this coming, but it will still have a major impact.

It also suggests that if your value proposition is only valid with entry via Facebook then its time to change the model.

We also can't overlook the fact that those publishers who can't afford to see a drop in traffic may be forced to simply pay Facebook more to get that reach, via sponsored posts.