Ditch the productivity guilt: The workaholic’s guide to finding a hybrid working rhythm 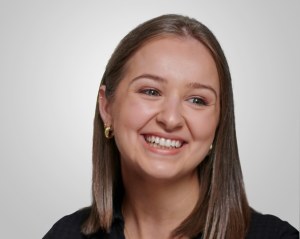 After two years of working productively from home, being back in the office feels like it’s impacting our output but perhaps we need to reframe our thinking. Kimberley Leopoldo explains.

Last year, my boss asked whether I was working more or less since the onset of COVID. I didn’t have to think about it. The answer was more. Easily more.

Living in Melbourne, the world’s most locked-down city, much of the past two years has meant working from home. Minus the commute and any distractions that come with being in the office, my day has been filled with work. Got a spare 30 minutes when you usually travel to the office? Why not fill it with work? No meetings or chats with colleagues over coffee? That’s just extra time to tick more off my to-do list.

And I’m not alone. The latest Microsoft Work Trend Index which uses anonymised data from Microsoft users around the world found the workday has gotten longer with the time between the first and last meetings up more than 13% since April 2020. After-hours work is up too. Ditto weekend work. And if you feel like you’re having more video meetings than ever before, that’s because you are. Since February 2020, the average Teams user increased the weekly time spent in meetings by 252%. Let that sink in for a minute.

But now, as we start to return to some sort of ‘normality’, as those commutes and workplace distractions return, we’ve got a new problem: productivity guilt – the feeling we’re not getting as much done as when we couldn’t leave our houses. Which isn’t accurate or healthy.

So how do we shift this mindset?

The first step is reframing what we consider to be productive. While ticking things off a to-do list is excellent – I’m a big fan – it’s also important to spend time building relationships with our colleagues and clients. Often this time invested can lead to increased productivity down the track.

In the case of colleagues, by getting to know each other, you can start to identify strengths and passions. Everyone is different and while it may take me a whole day to complete a specific task, for someone that is more experienced or passionate about the project, it may only take them an hour. Working together as a team we can be even more productive. But we might not know that if we hadn’t had a chat in the kitchen while making a cup of tea.

After two years of video calls, it can also be hard to break the habit of multitasking in meetings. Hands up if you have a habit of tapping away at your keyboard while on Zoom? I’m guilty as charged. Now that we’re having meetings in person again, is this behaviour okay? For many, it’s driven by the feeling we should be working all the time but actually, being in the meeting is working. And by not being 100% in the room, it’s sending signals to colleagues that we aren’t fully engaged or interested in what they have to say. So try ditching your laptop for in-person meetings. Take an old-fashioned pen and notebook instead and see how that feels.

With many companies now embracing hybrid working models with a couple of days working from home, why not be present when you are in the office? Be open to conversations with colleagues and accepting of distractions. Then, on the days you’re WFH you can be super productive and smash out all the stuff you’ve got to get done.

It’s okay to feel like what you achieved in a day was actually enough even if that to-do list didn’t get much attention because building genuine connections with the people will have greater long-term gains in the future. The task list will change most days, but our network will be there throughout our careers.

Another small step you can take is to set meetings with yourself for breaks or when you need thinking time. Whether you’re at home or in the office, block out time in your diary to ensure you don’t get sucked back into your inbox. It may also help to turn off email notifications or remove apps such as Outlook and Teams from your phone.

For those of us workaholics with productivity as an ingrained internal KPI, it’s a hard one. But by not tackling this, people are instead feeling guilty for not being able to keep up. And that guilt is being compounded by a sense of constantly being on alert. And we all know where that’s headed. Hello burnout.

So now is the time to change the way we think about work because doing more isn’t always the best thing for us or the businesses we work for.