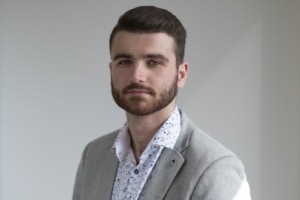 After spending a week in the city of Anaheim, California, surrounded by childhood memories of Disneyland, there’s been one big takeaway: Disney+ is a real competitor in Australia but not because it’s a “Netflix Killer”.

Instead, it is the complementary companion to other streaming services such as Stan, Foxtel and Amazon.

Sitting in the halls of the Anaheim convention centre seeing entertainment industry executives such as Bob Iger and Kevin Mayer joined by celebrities such as The Rock, Angelina Jolie and Robert Downey Jr., it’s clear the hype around Disney properties Marvel, Star Wars and Pixar is very real.

While it's easy to get caught up in this celebrity fever, the success of these divisions is well documented, smashing box office records and creating franchises that have plans for the next 5-10 years.

In the past, these titles have been limited to the big screen. However, as Netflix and Disney themselves displayed over the past three years, there is an appetite for these characters to live on the small screen.

Marvel’s Daredevil, Jessica Jones, The Punisher, Luke Cage and Iron Fist were all highly viewed series on Netflix, which were all subsequently cancelled ahead of Disney+.

However, the difference that Disney+ makes in the market is that all of these stars are intrinsically tied to the overarching media giant and what we now see is film stars like Tom Hiddleston, Paul Bettany, Elizabeth Olsen and Ewen McGregor all willing to take to “TV-length programming” as a result.

Even with Netflix creating hit shows and films of its own, the star firepower that is in Disney’s arsenal, combined with its characters across all franchises, makes for a formidable foe.

Secondary streaming strategy
While it won’t have a content library as varied as that of Netflix or Stan, what it really does is act as a solid complementary service, capable of knocking either one out of an individual or family’s streaming budget.

Research indicates that the average household has a budget of between $25-$30 a month for streaming services.

And if we take a look at the current offerings in Australia, Netflix and Stan both sit at the $10 a month mark, Foxtel Now starts at $25 and Amazon Prime Video is $7.99. Disney+ will launch at $8.99 a month.

Here we see that Disney+ has a price point lower than the rest of the general competition. With a clear family-orientated offering and growing original content and new movie catalogue, it also has appeal for those fans of its staple franchises.

The platform will also roll out a series of unscripted programming, including shows featuring more Hollywood stars like Kristen Bell and Jeff Goldblum.

So is it less about taking total control and becoming the front-runner for streaming in Australia, or is it a strategy targeted at simply becoming a staple of the Aussie streaming budget? Let’s not forget Disney’s wider play for content.

Though Disney has finally shown its hand and given people an insight into how it plans to “restructure for the future”, it by no means indicates that the business is going into its shell.

This year alone the company acquired another major production player, 20th Century Fox. The business that brings you multiple big-budget films a year, oh and a little TV show called The Simpsons.

Looking back at Disney’s acquisition run over the past 10 years and you begin to see a pattern that could certainly indicate it has further plans to grow its content library, which now lives all in one place.

If Disney was to do something wild such as acquire Warner Bros. for example, that would again, completely change the entire makeup of Disney+’s offering.

What about those contracts?
To say the conversation about Stan and Disney has become repetitive is an understatement.

Will it impact their current deals? Of course it will, Disney has been willing to scrap multiple series in favour of protecting its own assets.

This doesn’t mean that Stan is dead in the water. The Disney situation has many roads, with some possibly leading towards a partnership/bundle deal, while the obvious leads to the end of their deal.

Stan will be fine. CEO Mike Sneesby has only recently secured another studio deal, adding content from Paramount Pictures to the platform and Nine boss Hugh Marks is confident in Stan's profit performance.

What about Foxtel? That was given some level of clarification in Anaheim when the executive behind Disney+, Kevin Mayer, told the press it would remain dedicated to its linear partners.

He said there were no immediate plans to ditch TV in favour for a Disney Plus-lead strategy, adding that first runs of Disney programming would still be given to existing partners. Last season runs will in-turn be given a run on Disney+.

This means Foxtel is safe with its current channel arrangements, which also include sports network ESPN. It is also unlikely that Disney will halt all film sharing arrangements with the pay-TV provider.

While it may strip out the free content that Foxtel can offer through its on-demand catalogue, it would be foolish of Disney to stop Foxtel from giving customers the opportunity to rent new films at a cost.

To infinity but what lies beyond?
There is no doubt that Disney is a behemoth, covering all sides of the content continent, film, TV, news, sport and licensing, but can it make a dent in Australia with only half that offering on Disney+?

The answer, for now, is yes. There have been issues with some streaming players getting a foothold on the market, Amazon and 10 All Access I’m sure would like better numbers, but this is Disney.

While that may seem like an empty statement, really think about what that means. Family favourites, childhood cherishes, galactic battles and heroes beating down villains, and you’ve got your nostalgia and never-ending child suppressant.

Pepper in new shows created by world-renowned directors and producers, and a little announcement by Ewen McGregor himself that he would be reprising his role as the legendary Obi-Wan Kenobi for his own series and you’ve got the hype.

Looking at new categories like game shows, docs, nature programs (I left out National Geographic also being part of the fold) and you’ve got light viewing.

Now think about every imaginable movie, series or special that company, which started with a mouse, will create in the next in three years, and Australia, you’ve got a very real challenger.

A final thought
Remember, timing is everything and Disney knows that. Launching in November is no mistake, nor is offering year-long packages.

As retail slows and kids find themselves looking at screens more and more, is it so crazy to believe that Santa will be slinging out Disney+ memberships this year?