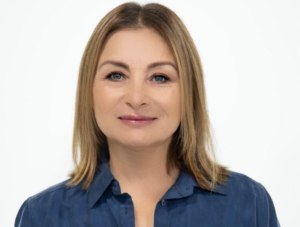 We’ve all learned a lot over the last 18 months, but what are the key lessons marketers should be heeding? Here Tonic Media Network’s Sev Celik shares four key lessons from a recent webinar with some top advertising and social science practitioners.

The pandemic has changed many things, not least what we know and understand about ourselves as Australians. When compared to the rest of the world we’ve been pretty lucky until now with COVID.

But in a recent webinar our expert panel including Simon Friedlander, an Aussie creative who is behind the US vaccination campaign, WPP’s strategy guru Rose Herceg and Dr Julie Leask, a leading global academic on vaccination campaigns, agreed most marketers need to adapt the way we’re talking to consumers to learn the hard-won lessons of this trying period.

1. Have one message, and stick to it

Simon Friedlander has spent the last 18 months working remotely from Sydney for San Francisco-based agency Pereira O’Dell. From his dining table in Bondi he came up with the tagline for the US vaccination campaign: ‘It’s up to you’.

He explained: “It was post-election and America was very divided on a lot of issues. You couldn’t tell people what to do, so we decided it was important to give them the facts to make an informed decision.”

Pre-campaign testing showed just 30% of people were willing to get the vaccination, 20% were anti-vax and 50% were the “movable middle”. To be effective the vaccine needed to get to the majority of the population.

The campaign that launched had distinct phases: the first dealing with frequently asked questions to arm people with facts; then came influencers, including ex-Presidents from both sides and the Sesame Street cast, to create confidence in people, before more than 300 corporate partners used the framework to create their own messaging.

Simon explained: “These partners created messaging that spoke to their audience, but the important thing was it always laddered to the same message: ‘It’s up to you’. That created a consistency to the message that everyone could understand, in every language it was translated to.”

Overall vaccination rates in the US stand at 50%, rising to 70% in many metropolitan areas, proof people are persuadable when treated with respect to make their own choices.

Takeout: By creating consistency with the message platform across every channel and partner the campaign has had a major impact in the US. Staying true to its DNA has paid off.

2. Talk to your audience in their language

A major strength of the US campaign was the way it was cascaded to communities in their own languages, utilising community leaders to convey the key messages. It iterated ads around family, sports and even country music stars to speak to middle-America, but spent as much time creating materials for ethnic and language groups as well.

Rose Herceg, Chief Strategy Officer for WPP AUNZ, says this is something too often ignored by Australian brands: “There are 217 nationalities in Australia. One in three Australians wasn't born in Australia. Half the country speaks a language other than English at home. Every single community has its own radio program, its own newspaper, its own groups on social media. It’s not that hard to find community leaders, and to accurately translate, not just into language, but to dialect.”

Professor Julie Leask is an expert on vaccine campaigns at the University of Sydney. She pointed out how critical it is to build trust with these communities, which are often the more marginalised and affected in bad situations. “Trust walks in, and rides out on a horse,” Julie said.

But, she added, it’s important to compensate those community leaders for the time and not to ask them to do this work for free as an afterthought.

Rose concluded: “I just think we need to be better at it, to be honest, and I often worry that we're sitting with a 40-year old rulebook, when it comes to multicultural communication. This would have been an opportunity for this country to rewrite the rules to lead the charge, and to really set the pace for how to get messages inside communities in a very clever way,.”

Takeout: With so many different ethnic groups in Australia it’s important for every mass-market brand to have a strategy to speak to them in their language. Build trust and they become strong advocates.

3. Emotional marketing and the appeal to fear

The recent Government ad showing a woman struggling to breathe on a ventilator has been misunderstood, according to Professor Leask. It is not a vaccine campaign, but a stay-at-home message developed for an outbreak such as Sydney has been experiencing. But it was confused with a ‘get vaccinated’ ad because it was released on the same day as the ‘Arm Yourself’ campaign.

Julie explained: “The science of using an appeal to fear with vaccination is quite mixed. It can improve intentions to vaccinate among some people, if they have what we call response efficacy - they know how to get the vaccine where and when they have supply. But if people are a bit against vaccination or they don't have that response efficacy, then they can get angry. That creates reluctance and they can be more likely to reject the message.”

And it should also be a last-resort to make people get the COVID-19 vaccine, said Julie.

The US campaign maintained a more rational approach throughout its run, Pereira O’Dell’s Simon Friedlander said: “When we were first testing that line ‘It's up to you’ we would always combine it with images of human connection, those things that people want to get back to. So, being in a restaurant, hugging your grandmother, being in a packed sports stadium. The choice is still there, but that incentive of the life we used to live, we felt would be enough to push people to learn more and then get vaccinated.”

Takeout: Appealing to different emotional states can be incredibly effective in marketing, with fear a proven tactic in social issues marketing. But marketers need to understand the action their chosen emotion is going to elicit and the reaction they’ll get before launching.

Every brand faces misinformation at some point online, but it’s been common for myths around the COVID vaccine to rise and fall. How should these be dealt with?

One school of thought was, for the most part, ignore these myths unless they begin to get widespread traction. Julie Leask says: “It's like Whack a Mole, you'll end up just jumping on all the misinformation and you'll never devote time to what might be really important. Our advice around dealing with misinformation is ask yourself, ‘Is it being shared a lot? Is that potentially affecting people's behaviour?’ If it is, then you prepare people, you immunise them psychologically.”

Simon explained how the US campaign has dealt with it, by anticipating those which will get pickup and then creating answers to mythbust them and circulating these on social media in response.

Rose Herceg says this is also a situation where humour can be a really useful tool: “The way that we look at this with a lot of our clients, if it does take on a life of its own, we need to shift the conversation someplace else. And nothing works as well as really good humour.”

But she stresses not to be cruel or to target people, instead making light of ridiculous claims to show them in a more accurate way.

Takeout: We can blow up rumours and myths about brands or products to be much bigger than they really are in the community. By taking a sensible approach and getting ahead of them your brand can control the narrative.