Brand lessons from sport in the time of COVID 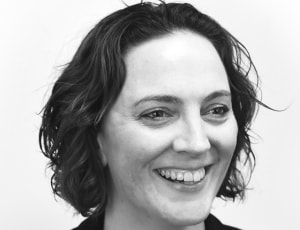 If in January you’d told me the AFL grand final would be held at the Gabba instead of the MCG, I’d have laughed at the absurdity of the idea. And yet here we are.

It’s been an unconventional year for sport. The Tour de France was held in September, the Perth Wildcats were default winners of the NBL title after the Sydney Kings refused to travel during the pandemic, and top ranked tennis players including Ash Barty and Roger Federer, opted not to play in the US Open.

Despite the year that’s been, there are some important lessons brands can learn from how sport, and the people within it, have conducted themselves this year -

Have a clear vision.

When COVID hit, the NRL’s operating costs were at $500,000 a day and their $1.8 billion broadcast deal was on the brink of being pulled. Shutting down the 2020 season could have spelled the end of the NRL for good.

Enter Peter V’Landys. During the NRL’s most challenging time, the Chairman publicly declared his vision – to restart the NRL season on May 28. Many people thought it wasn’t possible. But Peter V’Landys negotiated with players and employees to reduce their salaries for 2020, cut a new, long-term broadcast deal that secured the NRL’s financial future and worked with state governments to create a COVID-safe season that did launch on May 28th, as was his vision.

Lesson: Have a vision. Share it. Unite people behind it. You have a greater chance of achieving it if people feel part of something bigger.

To their credit, after the USTA engaged with Dylan Alcott and a group of able-bodied and wheelchair players, they re-instated the wheelchair tournament.

Dylan Alcott praised them for listening and tweeted “This is a massive sign of progress for our community. At least now we have the same rights as our able bodied counterparts – like we deserve.”

Lesson: When making important decisions, engage with your stakeholders. It will help ensure you make the right ones.

When the English Premier League season was halted and no games were being played, there was pressure for players to take pay cuts.

Instead of funnelling pay cuts back to clubs, the 20 Premier League captains united to create #PlayersTogether – a charitable organisation whereby players pay cuts were collected to support the National Health Service (NHS).

A player statement read “The contributions that this initiative will generate will help NHS Charities Together to quickly grant funds to the front line to support in a number of ways, including to help enhance the wellbeing of NHS staff, volunteers and patients impacted by Covid-19.”

Lesson: By giving back, employees and customers can connect with your brand on a deeper level. Plus, you can create meaningful change via the causes you support. Doing good is always on brand.

In the US, the San Diego Loyal football team walked off the field and abandoned a match after an alleged homophobic slur was directly at one of their openly gay players.

By proactively abandoning the match, the team knowingly ended their chances of making the finals.

The team manager posted a video statement on their Twitter feed, saying “We have to stick up for what we believe in ... If we want to be true to who we are as a club, we have to speak, and we have to act”.

Lesson: Your values should define who you as a brand and how you conduct yourself. If you can’t live them, they’re not your values.

Despite the unprecedented challenges most sporting codes faced this year, it’s heartening to see the lengths people went to in order to protect their people, their game and ultimately their brand.