Beyond advertising? An argument for focusing on paid-for content 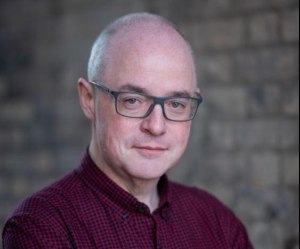 Advertising has shown itself to be an unreliable ally for the digital news business, and that is unlikely to change – more than a third of publishers interviewed in a recent RISJ study predicted a drop of over 30% in their 2020 revenues, with only 15% of those surveyed expecting stable or growing revenues in the coming year.

It has also had a marked effect on the development of online media over the past couple of decades. Between 1999 and 2019, according to GroupM, the share of the UK advertising market which is spent with news brands has dropped from over 40% to around 7%.

Advertising has shaped – or, perhaps more accurately, twisted out of shape – digital news products and the business models that accompany them as the struggle to adapt to the brutal reality of internet economics goes on.

The result, all too often, has been what appears to readers as a rather disappointing product: online media is haunted by auto-playing videos, intrusive ads, spooky tracking, constant interruptions, slow loading pages, and more.

News brands that have discontinued their print editions, such as The Independent, have festooned their pages with so many revenue-generating widgets and links that finding the actual story is often a struggle. In attempting to bring in revenue, and to get ahead in advertising, publishers have riddled their product with things that deter the consumers they need to attract.

Worse still, very few sites manage to generate a sustainable advantage and a steadily increasing revenue stream despite all this.

It simply doesn’t work. Even The Guardian, sheltered from so much of the maelstrom by its unique and deep-pocketed ownership structure, has started to offer an ad-free version as a benefit of subscription. The message is clear: advertising makes the product worse; removing it is an improvement.

That’s why publishers who are thinking about their long-term future – and for some, the long term is measured in months, not years – should forget about advertising completely. Consider what your future would look like without it and see what other possibilities might arise

What could your business look like?
If it exists at all, it will depend on the only other source of income you have ever had: your consumers. With the consumer in mind, and no allegiances to advertising and the complex rules and incentives it creates, the way you shape your product will be radically recalibrated.

First, creating a product that is borderline hostile to your user will no longer be a path to revenue.

Second, you’ll no longer need to churn out cheap content in huge volumes to drive traffic. Persuading customers to come back and pay, over and over again, will demand that you consistently offer a high-quality product. That doesn’t have to mean a huge product, a massive quantity of content endlessly churned out. It means consistently meeting the expectations of your users so that enough of them choose to habitually pay you. Quality will win over volume.

These products will be different from those we have all come to expect from the free internet. They will require rethinking, a diversion of resources and maybe even increased investment as the audience grows and the product matures. In my recent work, I have found that when free sites introduce a simple form of payment for the first time, editors almost immediately start to focus on quality and uniqueness – and they get a positive response from the readership in return.

For example: Iliffe Media, a local newspaper publishing group, has recently introduced casual payment to several of their sites. With newly gained insight into what readers are willing to pay to read, their editorial team has been able to invest time and resources into producing more of that content – and use the revenue earned to reinvest in improving their product. With the needs of consumers in mind, and their product funded by those consumers, they can focus on what they do best: creating a great product.

What would happen if every publisher did the same? The result: more products that we will all like a lot more – readers, journalists and publishers alike. Products made with the needs of consumers in mind above all else, and funded in return directly by those consumers. As we get better at this, more products will get launched, the market will become more diverse and competitive, and will all try to persuade our consumers to part with more money by offering more of what they want.

Of course, advertising won’t vanish. It will still have its place, but that will be second place to the needs of consumers. It might even respond positively. As publishers get pickier about advertising, competition for the fewer available slots may well increase, and so will their quality and return.

One of the major reasons why news media has failed to thrive online is because of the constraints put on us by advertising.

It’s a battle the media can’t win: the plethora of ways the internet offers for advertisers to find users isn’t going to go away so we’ll never again command the share of the market we once did. This gives us the chance to imagine something different, and something better – and once we’ve put it in place, we should never be dependent on advertising again.

If your first thought is any version of “yes, but…”; “that won’t work…” or “forget it, it’s been tried…” then lob your scepticism at me at @dominicyoung and let’s talk about it, because those thoughts are the very barriers which have trapped too much of the media in this endlessly repeating cycle of decline.

There’s a world within our grasp where publishers could return to what they’re best at: publishing good content for consumers who love it and thriving as a result.

(This article first appeared in the UK Press Gazette)