Being a publisher can be a lonely existence 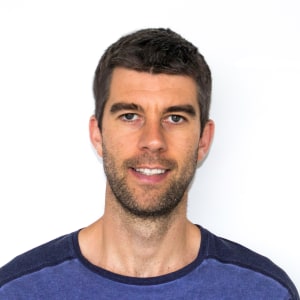 Colm Dolan is CEO of Publift.

There’s no denying that the big end of town Australian publishers, particularly in news media, have many challenges. From ad revenue dips to subscriber pressures and fears over market dominance by the digital and social media giants, there’s plenty to keep them up at night.

However, while much of the trade press spotlight remains on the well-known players, it’s vital as an industry that we keep the small and medium business (SMB) publishers who make a significant contribution to the Australian economy, front of mind.

Small businesses alone employ more than 2.2 million people in Australia and it’s the ‘mom-and-pop’ publishers within this sector, alongside medium sized publishers, that we need to stop and take stock of, considering the pressures they face.

This isn’t just the everyday sizable editorial publishers I’m talking about. It’s the sites you regularly dip in and out of such as the local surf forecast or the second hand car sites. From digital coupons to the tax calculator, puzzles, domain checker or URL shortener, these sites have become essential.

These very SMB publishers make a big difference to our daily lives and create efficiencies, yet the repercussions they face as a result of such challenges are nowhere near as documented compared to some of the behemoth publishers in this market.

The luxury of user data is not always available to leverage for smaller publishers as it’s rare for them to require users to log-in to use their services. With many of these sites not being big household names this also means users may forget the name instantly and therefore, having any sort of social following is less appealing for the user.

Despite the value from SMB sites, with such slim data pickings the current volatile digital ecosystem can leave many powerless and at the whim of algorithm twists and turns that they have no control over.

Many SMBs, particularly the smaller ones, also have no marketing functions or teams of content creators to help them when business takes an unexpected turn or traffic dips.

We recently carried out research among some of our 200+ SMB publishers and were intrigued to learn how ‘safety and reassurance’ rocketed up the ranking of what publishers want most from us and wider partners.

Publisher attitudes that were once firmly focused on ROI and bottom line desires alone no longer sit as the priority. Instead, SMB publishers tell us they crave more emotionally-associated reassurances such as marketplace safety and traffic reassurance.

Tackling the issues at hand
In order to help this integral part of the industry stay relevant, feel safe and to continue to grow, as an industry, particularly as we approach 2021, we need to be in fierce pursuit of three things; education, diversification and measurement.

The onus is on our jargon-filled, complex sector to educate and if you are not actively providing some sort of education to clients then you are failing the industry and your clients.

Secondly, while not always easy, SMB publishers must diversify to survive. What diversification looks like can vary but with the shift away from third-party cookies and the lack of first party data, this surely has to involve creating an app-based offering.

If SMBs are open to reducing investment on the web, and instead funnel this into creating their own app, this is a huge step towards regaining some of the power many feel they have lost. Regaining power will no doubt help SMBs feel safer and more secure.

In 2019 consumers downloaded a record 204 billion apps which was up 6% from 2018 and up 45% since 2016. These are impressive figures and while apps won’t be right for everyone, it’s an area that should at least be explored when it comes to diversifying.

Lastly, measurement has to be considered along every step of the way.

It’s even more important when creating new services or making website tweaks, as without measurement, it’s hard to truly know what is successful and is working.

Despite its importance, understanding and implementing measurement for SMB publishers can be a huge struggle as the challenge here is what to measure and what to benchmark themselves against.

While the challenges of SMB publishers are clear and that feeling of isolation and loneliness has never been more real, we can course correct.

Off the back of a turbulent and unpredictable 2020, now is the time to make the right moves that pave the way for a healthier, stable and less lonely existence for SMB publishers that without, would make for a far less dynamic digital environment.