Attitude is the new experience 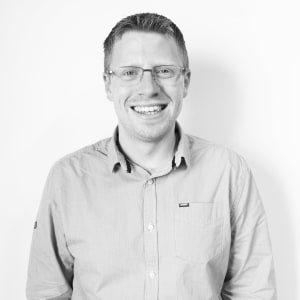 There have been numerous studies on turnover rates in multiple industries and they all land on a similar conclusion: a high proportion of staff fail within the first 18 months of starting a new job. In fact, one study found that figure to be 46% of 20,000 new hires in America. When you look at the reasons why, 89% of those that failed due to cultural misalignment or attitudinal reasons, rather than technical capability.

To try and buck this trend, I’ll share with you a few tips on why it’s so important to attract and retain the right people, rather than the right skillset, and how you can adopt this approach in your organisations.

Firstly, you need to have a great culture, which is essential to keeping people in the building. Each company’s culture and mission will be unique and you need to make sure you have values which you stand by. Secondly - and the main area that I’m going to focus on in this article - you need to have a recruitment strategy that is aimed at finding the right people for the organisation rather than the right skillset at every opportunity, from graduate roles through to senior management. At PHD, we’ve focused on hiring people that align with our values of collaboration, courage and curiosity with conviction - and it’s really, really helped!

“Hire for attitude, train for skills” is a phrase that every HR professional has muttered once or heard being muttered from colleagues. However, unfortunately, only a small number of businesses apply it (like, actually apply it) to their recruitment strategy. Whilst a lot of job adverts will focus on the soft skills and cultural alignment piece, often the interview process can revert to focusing purely on the hard skills and capability a candidate has from day one.

We work in an ever-changing industry, with the constant emergence of new technologies, new software and increasing shift in focus from traditional channels to more sophisticated digital channels. Change takes place now at a faster rate than ever before and what you knew yesterday might not necessarily prepare for you tomorrow. So with that in mind, why do some businesses focus on purely trying to tick skills boxes? The candidate who feels fully aligned with their organisation’s strategy and beliefs, and is a part of its continued success, will be more motivated to learn the necessary skills for tomorrow than someone who only has today’s skillset and not the buy-in.

Here is how we can go about finding those right candidates in various levels of the organisation:

For so long, the media industry has only considered candidates from a media/advertising/marketing related field and often opt for interns who have gained first-hand experience working with their particular agency. When interviewing candidates from a specific degree and asking them what they know about a media planning and buying agency, their knowledge levels are comparable with that of any other degree – very little!

A huge amount of the first 12-18 months in a media agency is about learning as much as possible. A very small amount of what you learned in University actually applies to what you are now working on in terms of real briefs with real multimillion-dollar budgets attached. With that mind, we’ve had a lot of success in opening up our doors to entry level staff from any degree/non-degree background.

Zac and Tiffany, two great Coordinators who have joined us in the last 12 months, even wrote an articlerecently on how University prepares you for your first job in media. Notice how throughout the article, it never mentions that it’s the marketing theory they were taught in school or the principles of advertising that has helped them succeed. Instead, it’s the focus on meeting deadlines, presentation ability, working under pressure and as part of a team. These are the skills that you need to succeed in your first job, and when you couple them with the right attitude, you can really learn anything, relatively quickly.

Believe it or not, it’s those same soft skills that apply to the more senior roles that we look to fill. Let’s face it - at one point of another, we have all  had to “fake it till we make it” in our careers. A little white lie in an interview, a little oversell of our abilities and BANG, we’ve landed ourselves a gig without a clue of what we’re actually going to do. When faced with this situation, those with a good attitude, flexibility and ability to learn quickly, will be able to adapt and succeed in their roles better than those without these critical skills.

Additionally, no one in media knows exactly what they are doing on day one… we all have our own systems, processes and ways of doing things. At PHD, we have our proprietary planning tool, SOURCE. Unless you have worked on it before, there is a learning curve for everyone to pick it up, and it’s the pace and ability that people pick it up that matters, as they would have zero experience in using it before. All agencies have their own processes and tools, which they will expect you to learn over time.

YES, you need to have a fundamental understanding of what you are talking about and the more senior the role, the more of an understanding we expect you to have. But we want to talk to someone about their attitude towards certain situations, learn how they act when everything goes wrong (because it does sometimes), and what they would do in the difficult times and how they bring a team along on the journey with them. Ultimately, someone who ticks the attitude box will get the job and we will often wait until that person comes along, rather than simply fill a role with a candidate who doesn’t.

So, what is attitude?

Attitude, for me, is a collection of soft skills that you can apply to every job. Not necessarily something that someone has been taught (or could be taught), but more an approach to work, an approach to learning and the way someone conducts themselves personally and professionally.

What does one look for when gauging attitude?

Too often, and it’s so easy to, we get bogged down by the immediate needs of our new hire. It may be replacing someone who has left, or it might be a new role that has popped up because of workload increases. However, it works, every time, to be cautious and focus on hiring the right person for the oragnisation, because the longer-term impact of having the right person will really pay off and the struggle of having to dig a little harder to find them will soon be forgotten.