All the gear and no idea 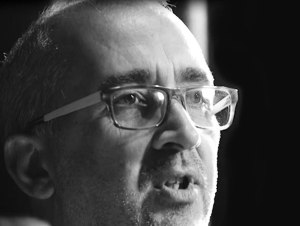 Originality is plagiarism undetected, so the old saying goes. It’s kinda true, but real originality comes from what Matt Ridley coined as ‘ideas having sex’.

Ridley observed that throughout all of history, the engine of human progress has been the meeting and mating of ideas to make new ideas.

The word meme is derived from the Greek word, mimeme, ‘an imitated thing’. The term was introduced to the lexicon by biologist Richard Dawkins in his book The Selfish Gene, as a way of describing the mixing and transmission of cultural information in the same way as genetic information gets transmitted via genes.

We went to see the Elvis movie at the weekend. In the early part, the director makes a point of showing how the early Elvis sound and look was a recombination of existing memes to produce something original.

A fusion of black r’n’b and gospel with hillbilly country in a Beal Street pimp suit with a splash of Dean Martin vocalising (the movie leaves out the Deano part but as a fan, I happen to know this).

Where ideas come from, then, is not as important as where you take them to.

If Elvis had simply lifted straight from Dean Martin and added nothing else it's fairly unlikely we would be watching movies about him nearly 70 years later.

Most of our copying behaviour is subconscious. We don’t even notice we’re doing it. But how do we ‘choose’ who and what to copy?

One way we decide is when we look for ‘success cues’. Sstatus symbols such as a PhD, a string of publications for the IPA or a column in Marketing Week.

We also look for ‘prestige cues’. We look around at our peers to see to whom they are deferring.

For an added reflexive comedy bonus Ms Hilton (alongside Gary Vee) was the star turn at this year's Cannes spectacle. Hah.

Step one: Be a billionaire celebrity heiress…

I recently read about some orangutans at a sanctuary in Borneo. The wardens would often ‘cook out’ in the evenings, making a curry or something in a big pot on a fire.

Our ginger cousins clocked this and one day a few of them broke into the kitchen and stole a pot.

They next made a big pile of wood, and placed the pot on the top, then sat in a circle around it, waiting for the pot to fill up with curry. Copying what they’d seen their humans do all the time.

Orangutans are pretty smart. They have got the hang of tools and even make their own gloves out of leaves to handle prickly fruits. But this time they had copied the style but without the substance.

Whenever we parrot some Gary Vee-ism, or ta-dah the Binet and Field 60/40 chart in the deck, accidentally repost the (idiotic) Branding vs Marketing meme, reel off from the Wikipedia list of cognitive biases or the ten BIG STATEGY IDEAS from Cannes 2022 – we’re just sitting around the pot waiting for curry to appear.
In academic terms this is known as the Bullshit Industrial Complex.
Essentially, the BIC describes how too many people are pushing their opinions on topics, not because they know and understand the issues, but because they’ve read about them, from someone else, who was quoting someone else. And so on.

All the gear but no idea.

Even if originality is plagiarism undetected, the key word is undetected.

Better to take these ideas to somewhere else. Challenge the theory and show us your own data. Build on ideas, give them new context and come up with our own original recombination.

Copying style is easy. But where’s your substance?