All I want for Christmas is an epic Aussie Christmas ad 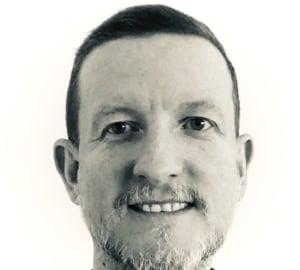 Australian ‘Christmas lovers’ would love to see an inspiring, uplifting holiday commercial under their Christmas tree, but so far Santa – or maybe his advertising industry helpers – haven’t delivered quite the present they’re looking for.

Following up on Cubery’s annual quantitative testing of this year’s holiday offerings from advertisers, Curioso teamed up with Cubery to get under the wrapping paper of the results with Christmas fans across Australia last week.

While this year’s sleigh was full of spots that were described as “cute” or “nice”, on a whole the Australian ads were considered to be (in one viewers words) “the cordial version of what you see in the UK: quite diluted and watered down”.  This sentiment backs up the generally on- or below-norm scores seen in Cubery’s ratings in Australia this year.

So… where are the Australian spots missing the mark? Why are even the best spots – like Australia Post, Aldi and Michael Hill - not quite reaching the heights of memorable overseas Christmas advertisers like John Lewis (who admittedly didn’t have their best year this year) and Coca-Cola? A few key themes emerged:

The top overseas ads are considered both “Christmasy” and “special”: with the latter being often defined by the level of “thoughtfulness” and “craft” that has gone into the story. As one viewer said “they probably have people on staff that just work year round on that Christmas ad, and it shows”.

By contrast, a number of the Australian spots from 2021 felt like “a Christma-fied version of their other ads” to the audience. It’s easy to see how this ticks the Marketing playbook for creative consistency and use of distinctive assets, but it also results in spots that are seen as predictable, “samey” or at worst “lazy and unthoughtful”.

In some of the retailer ads in particular - where some felt that the underlying sales pitch shines through too clearly beneath the added jingle bells and Santa hats – it actually heightens attention to the “commercial side of Christmas, which is kind of taking over”.

Tap the emotions of the season to “be MORE Christmas, with LESS of the cliches”

A “special Christmas ad” taps the emotions of Christmas – which in Australia, are mostly about time together and a fun seasonal respite from ever-increasingly busy lives. As one man put it, “Xmas really draws a line in the sand, when everyone says ‘Stop, (work) can wait’”.

The stronger spots help people “get caught up in the mood & atmosphere” of togetherness, a moment’s escape and enjoyment of simple pleasures.  Australia Post’s singing letterboxes prove that the feeling doesn’t necessarily require Christmas music or Santa, with only subtle Christmas references set to a ‘non-Christmas’ soundtrack.

Make sure to choose the right emotions to tap into though: viewers struggled to connect a Christmas message with Optus’s otherwise “cute” or “adorable” sugar glider family.  Whilst some heart-strings were pulled, most took away a ‘wonder of parenthood’ message, better suited perhaps to Father’s Day or Mother’s Day (and also struggled to connect the spot with Optus).

Strategists and Insights people spend a lot of our year searching for real human truths and tensions for our creative colleagues to shine a light on, in the quest to connect with the audience in a very real and relevant way.  So it’s not surprising that a number of spots this year, including Myer, Aldi and Big W tapped into some of the challenges for shoppers in the lead up to the big day.

But the panel of viewers we spoke to were almost unanimous in saying they don’t want Christmas ads to remind them of the “present pressure”, “gifting guilt” or decorating and dining disasters of Christmas: even if the tension is relieved in the ad.  They want to be reminded “of all the good parts I’m looking forward to”, and on some level all buy into the “magical and whimsical” side of some of the overseas advertisers. As it turns out, a lot of people still want to believe in Christmas magic.

Aldi’s 2021 spot negotiates this dilemma in an interesting way, because although it speaks to some of the tensions early, they “funny and unique” way that they ultimately encourage each individual to take on Christmas expectations was seen by many as a parody of other ads: “they’re kind of tapping into meme culture, with the choice of music and going obviously over-the-top”.

Despite some of the challenges connecting with the various options in 2021’s “ad-vent” calendar, the Christmas fans that we spoke to were all keen to see Australian advertisers deliver Christmas stories that the heights of the international offerings.  So why haven’t we hit the mark yet?

Perhaps Christmas ads in Australia lack the right platform or stage to make a big impact: UK residents anticipate the date of the John Lewis spot each year, and as one reviewer, who had spent some Christmases in the US noted: “you know the ads will first come on during the Thanksgiving Parade (telecast) and then the Football that weekend”.  Others noted that perhaps there is less of a single-minded focus, as Aussies also are thinking about the long summer holiday break, and the onset of summer sports fill our airwaves.

Or maybe no advertiser has taking a proper swing at the big Aussie Christmas ad yet?  We all know Australia’s advertisers can make iconic and “special” ads, with reviewers referencing the Australia Day ‘Lamb ad’ as our closest example of an epic holiday spot.  They also fondly recall epic (non-Christmas) advertising from QANTAS, Tourism Australia and “Carlton Draught back in its heyday”. All great stories, told in a uniquely Australian way, which is what Christmas lovers want: “not just a cheap DJs remake of the John Lewis ads”.

Adam Murphy is an experienced Insights leader & innovator, who has studied consumers and consumer marketing for blue-chip clients across global markets for more than 20 years. After 10 years as a marketing leader in the beer industry, including working on a few SuperBowl ads, Adam recently launched Curioso – a new Insights consultancy focused on cultivating a passion for curiosity & understanding amongst commercial leaders, and turning it into a competitive advantage.