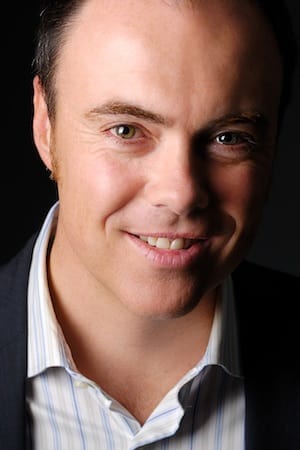 Over one quarter of Australian consumers say they have left a loyalty program in the past 12 months, with that number jumping to 40% for 25 to 34-year-olds, new research has found.

Adam Posner, chief executive of Directivity, told AdNews the most common reason for defection was the “earn and burn” rate of programs – when the consumer isn’t earning points or rewards fast enough.

“Your program is your brand and if people are leaving because the program isn’t valuable to them, or doesn’t offer exciting rewards, that’s a real problem,” Posner said. “Ask what the impact on your brand would be if you lost a quarter of your membership.”

Citrus chief executive Peter Noble said the higher defection rate among the younger age group was particularly concerning given the massive amount of money being pumped into targeting that demographic by brands.

The study’s other key theme also reveals a crucial and largely untapped area for brands: shareability. Sixty-five percent of members said they wanted the ability to be able to share benefits with family, friends or a charity – and even to leave their rewards points to someone else when they die.

If they had that greater ability to share, 70% said they would shop more often and 45% said they would spend more. “We’re finding that if your program is just transactional, offering discount or functional elements you can easily get outdone – you have to attach emotional benefits,” Noble said.

Posner added: “We talk with clients about moving from points for purchase to points for purpose. That’s the golden opportunity for programs. They’re all sitting up and realising you can share further than yourself, to your community or charity.

“Some brands are doing it but not enough are, and one of the most interesting elements around sharing is it actually drives revenue back into the business, because people spend more and come back.”

One finding that surprised the researchers was the apparent reluctance of consumers to embrace loyalty apps over physical cards – 57% said they preferred a traditional loyalty card over an app.

“We certainly expected people would be far more open to mobile apps from their loyalty programs,” Noble said. “We felt people would say, less cards in the wallet, less bulk. [But] there’s a real status thing at play here, like pulling out a Black Amex card.”

That reluctance was also partly down to smartphones being “a bit too personal” to hand over the counter, Noble reckoned, but that the take-up of new technologies like NFC would eventually bring apps into favour.

“There’s no question it will change over time, but we’re surprised at how slow that change is happening. We’ve talked about NFC in the marketing bubble for some time but I think the consumer doesn’t really understand it yet, but it will really start to kick in over the next 12 to 18 months.”

The study found Coles FlyBuys was the loyalty program most likely to be recommended to others, followed by Woolworths Everyday Rewards and Qantas Frequent Flyer.

The group's previous report, For Love Or Money?, also had Coles, Woolies and Qantas in the top three, although in that survey respondents were asked which brands they thought were "doing a particularly good job" with their loyalty programs, rather than a promoter score.

The study was conducted by First Point Research and Consulting in Q4 2013 via a national online panel of more than 1,000 consumers aged over 16 who were members of at least one program.

This article first appeared in the 7 February 2014 edition of AdNews, in print and on iPad. Click here to subscribe for more news, features and opinion.