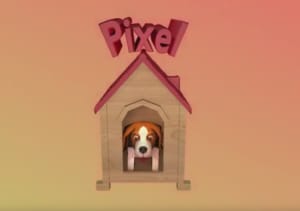 Virtual and augmented realities have been two technologies causing a stir in advertising, but JWT’s digital agency Webling is hailing mixed reality the future for brands.

To understand how mixed reality technology could enable new interactions and facilitate storytelling, Webling created Pixel – a virtual office dog that can be accessed through Microsoft’s HoloLens headset.

Pixel follows instructions and interacts with his surroundings. He also responds to commands, such as jump, sit, rollover, play dead and bark.

Webling MD Deniz Nalbantoglu tells AdNews the dog was created to facilitate a human connection with the technology and the team.

While the technology is still in its early days and he doesn’t see the masses adopting it just yet, he sees the brands getting on board with mixed reality as part of internal processes.

“Right now it’s not a massive reach channel, because it’s expensive. But brands and business can begin to get familiar with the technology by using it internally, like in the engineer team or for presentations,” he says.

In the near future, Nalbantoglu says he doesn’t see the HoloLens technology being used as an advertising channel, rather as an experiential tool.

“I can see the technology being used for an adventure movie and for experiential event based opportunities. In the five or so years when the prices drop, the opportunities are endless,” he says.