Winners of the 2017 Newspaper of the Year Awards revealed 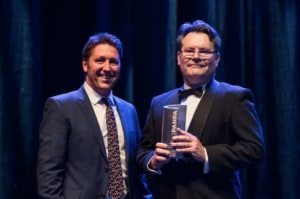 News Corp’s The Australian has taken top honours at this year's PANPA Newspaper Of The Year Awards.

More than 300 people attended the awards ceremony, which was hosted by The Chaser’s Craig Reucassel and Andrew Hansen, held by NewsMediaWorks in Sydney.

“I would like to congratulate all this year’s Newspaper of the Year award winners and acknowledge the incredibly high standard of the region’s print and digital news content, as well as photography, design and technical excellence. Our news media brands can stand tall as among the best in the world and this year’s award winners again showed outstanding excellence in each category. The PANPAs are the region’s pre-eminent awards in the news media industry and this year was no exception,” NewsMediaWorks CEO, Peter Miller, said.

The awards, sponsored by Norske Skog, were open to national, metropolitan, regional, rural and community news media brands in Australia, New Zealand, the Pacific Islands and Asia. The awards place an emphasis on the quality of journalism, cross platform execution, design and the ability to engage audiences across multiple platforms.

DAILY NEWSPAPER OF THE YEAR

WEEKEND NEWSPAPER OF THE YEAR

DIGITAL NEWS SITE OF THE YEAR

NON- DAILY NEWSPAPER OF THE YEAR

PRINT CENTRE OF THE YEAR