What were the most read news stories of 2014? 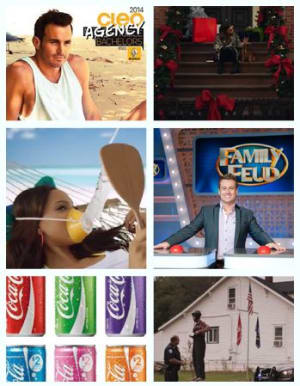 With 2014 coming to a close, we decided to put together the list of our top 10 most read news stories of the year. When it comes to what you clicked on, MediaCom's TV trading fallout dominates the list, so does the hotly anticipated Family Feud board game and Coca-Cola breaking all its own brand guidelines. See the list for yourself.

Family Feud board game released ahead of Christmas

"FremantleMedia is looking to leverage the popularity of its Family Feud TV show, by releasing a play-at-home board game ahead of Christmas."

Are Coca-Cola’s coloured cans the next Share a Coke?

"Coca-Cola is breaking all its own brand guidelines in an effort to reconnect to teens and make the brand cool again. It’s launching six limited edition coloured cans and rolling out one of its biggest ever marketing pushes in Australia to back it up. But it won’t be on TV."

"Six months ago Foxtel’s new risk management team decided they would start a sweeping review of internal and external processes and partners at the pay TV group which ultimately enveloped MediaCom and triggered the TV trading fallout which hit the headlines last Friday."

"Up to 10 key MediaCom investment and trading executives working on clients including Foxtel and KFC have left the company in the past two weeks."

Which Australian ads have most YouTube hits in 2014 so far?

"The very first television commercial appeared in the US in 1941. It showed a static image of a clock face. After ten seconds, a chirpy male voice piped up: “America runs on Bulova time”. It was essentially a radio ad, on TV."

Who made it onto the Cleo Agency Bachelor shortlist? The countdown begins

"We'll be counting down to the unveiling of the finalists on 22 August, buffing the egos of the shortlisted Cleo Agency Bachelors every day. Have you made it? Has your colleague? Has that guy who sits in the corner quietly getting on with client briefs made it? All will be revealed."

"Nestle has embraced near field technology in supermarkets for the first time in a partnership with Woolworths and Tapit that urges people to reach for their phones to download content while shopping."

"This year, brands from all walks of life have brought their A-game to the Christmas season. As WGSN senior marketing and media editor Rachel Arthur told AdNews last month, Christmas campaigns are becoming so big that these days "there is almost a campaign surrounding the launch of a campaign."

"The glut of staff that exited MediaCom last week is thought to be related to the agency overcharging some of its top clients, Foxtel and KFC."

"Foxtel has moved its media business from MediaCom to Mindshare in the wake of the reporting irregularities identified last week."