‘We owe it to the market’ - Nova strikes data deal, ramps up ad targeting 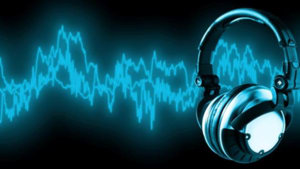 Nova Entertainment is ramping up its data play thanks to a new partnership with real-time people-based marketing business Signal.

The Australian entertainment company, which houses the likes of popular radio station Smooth FM and shows such as Nova's Fitzy & Wippa, is honing in on consumer targeting using newly accessible first party data, as well as third party data from Signal. The new offering is called 'Nova Unite'.

In terms of where exactly the new smorgasbord of data comes from, Nova has added a new sign-in option on its owned sites, which allows listeners to sign-up to take part in competitions, or those who sign-in to use its streaming services, using their social media sign-ins. This gives Nova permission-based access to the users’ first-party identity data.

Social login options on sites are thought to vastly increase registration and minimise barriers to site entry as it reduces the need for usernames and passwords – allowing users to authenticate using their current social media sign-ins.

By merging this first party data, with the known data of Signal's audiences, this means Nova Entertainment, which is owned by Lachlan Murdoch's Illyria business, can give its advertisers more highly targeted media spots and therefore a better return on investment.

“We owe it to the market"

Speaking to AdNews, Nova Entertainment’s group sales director, Peter Charlton, says it had been investigating bolstering its targeting since the beginning of the year as it was something that was 'absolutely being shouted for' by the client.

“It’s a definite commercial requirement in market to be more efficient with targeting,” Charlton says.

“This is exactly the right time for us to be doing this - the demand from the clients is there and we wanted to be able to give more back. We owe it to the market.”

He says while users only currently sign-in for things such as competitions and streaming, Nova is open to experimenting with other sign-in opportunities, but is conscious of making sure sign-in options in no way become too much of a barrier.

Signal's people-based audience segments are based on key demographic, lifestyle and purchase-based data from clients it has on its books – such a tie-up with Coles.

Nova says it’s the first radio player to enter into such an agreement as this. AdNews understands that Southern Cross Austereo is also thought to be looking at doing something similar, but it’s likely it would have to strike a data deal with a Signal rival, such as data powerhouse Quantium.

Quantium has a data deal with Woolworths as well as other data firms such as Acxiom and Experian.

Nova's clients, such as Vodafone, Telstra, Westpac and Woolies, will now be able to leverage more than 150 pre-built customer segments, comprising of more than seven million active customers and more than 10 million weekly shopper transactions with coverage across 65% of Australian households.

Charlton says the new venture will allow it to address customers comprehensively across any device and marketing channel.

The Nova deal coincides with Signal announcing it is opening a second office in Melbourne. This follows it increasing headcount five-fold since the beginning of 2016.

In June 2016 Signal raised $30 million in Series E funding and is now using the proceeds to further accelerate and expand its technology platform and organisation globally, with Australia being a key territory for international expansion.

In March Signal appointed Coles head of programmatic Michael Twomey to lead the roll-out of its addressable media solution. As its SVP of people-based marketing, Twomey says he understands the value of first-party data in helping digital advertisers efficiently engage on a one-to-one basis with today’s “always-on” consumers.