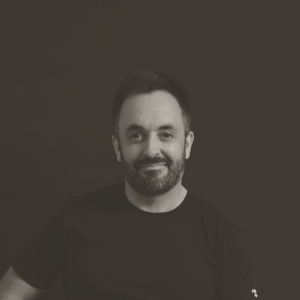 Pawlak has been working with the agency over the last four months, leading the department over this period.

“I am delighted to join a group of talented and fun people and an agency with a unique combination of creative, media and data skills," Pawlak says.

"The agency’s long held belief in the power of these three disciplines, which it calls its brand trinity, provides a powerful platform to create game changing ideas. Also, with an array of amazing brands to work with it’s a genuinely exciting opportunity."

Pawlak is an awarded creative director and writer with two decades of experience working within the major advertising networks.

He most recently ECD of VMLY&R Sydney, a position he held for four and a half years.

He has regularly helped create highly effective ‘behaviour change’ campaigns for the government, tackling issues such as driver fatigue with Don’t Trust Your Tired Self, motorcycle safety with Ride To Live, infrastructure developments with Tomorrow’s Sydney and childhood vaccination with Save The Date To Vaccinate.

He has also been responsible for re-launching both well-known and contemporary Australian brands, ranging from NRMA motoring to Menulog.

Over the years, his work has received recognition at all major award shows, including D&AD, Cannes Lions, Clio, New York Festivals, Spikes, One Show, Award and Effies.

He has also worked with former US Vice-President Al Gore to create a global campaign that, for the first time ever, saw children address the UN General Assembly as ambassadors of the future.

“He has been a pleasure to work with and has demonstrated his leadership and creative capabilities. He brings a breadth of experience and an ambition to continue to build the agency’s creative successes,” Gray says.

“Bart joins a senior and settled creative offering including long serving creative directors Adam Whitehead and Sean Larkin and will partner up with Richard Berney, ECD of 303 MullenLowe Perth."

Pawlak replaces Scott Huebscher who had joined the agency in August last year as ECD.

Huebscher, who spent less than a year in the role, replaced Gary McCreadie who departed the agency after 14 months.