Vice and Lynx tie up and strip it back to black 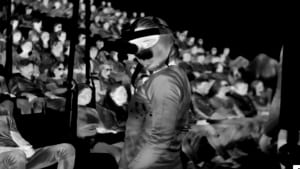 Lynx has taken a novel approach to promote its new Lynx Black range, getting a Sydney band to play a performance in the dark, as part of a content tie-up with Vice.

The campaign is part of a content series, Lynx Pitch Black, and saw Australia’s Seekae perform a one-off show in Sydney's Seymour Centre, in complete darkness.

Lynx brand manager Michael Coden said the content series pushes the idea of stripping things back to its purist form, which is a key part of the Lynx Black campaign.

“When we launched the understated Lynx Black fragrance in March this year, we wanted to create experiences that mirrored the philosophy that sometimes less is more – whether that be in fragrance, style or music,” Coden said.

“Seekae's ‘Lynx Pitch Black’ performance delivered on that – taking away the audience’s vision, and performing a pretty electrifying set entirely in the dark.”

“It was really exciting working on something that was in essence extremely unpredictable,” Hill said.

“ I really wanted to maintain that feeling of delving into the unknown. We didn’t know how the audience was going to react. The end result seems to walk a fine line between reality and fantasy.”

It's not the first partnership between Lynx and Vice, with the brands tying up in November last year for a content serries called “coolest guy ever”. It featured musicians including Jared Swiley from the Black Lips, Monte Morgan and Harvey Miller from Client Liaison and Stella Mozgawa from Warpaint, all talking about who their “coolest guy ever” is.