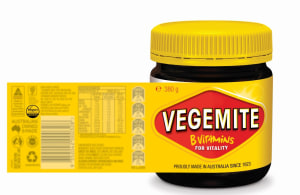 As part of World Vegan Day, Australians can now proudly declare Vegemite as one of their favourite spreads, with the brand now officially vegan.

The brand admitted it always has been, but now it’s been fully certified by Vegan Australia as popularity and the number of Australians observing a vegan or vegetarian diet continues to grow.

The Vegan Australia Certified logo helps customers to identify products that meet the high standards that have been set by the organisation for vegan products.

“To keep Vegemite relevant today, it needs to appeal to all Australians. With over 10 per cent of Australians choosing a vegan or vegetarian-based diet, it’s important that they can still enjoy the nation’s favourite spread – so we sought official certification from Vegan Australia,” Vegemite senior marketing manager Matt Gray says.

With Vegemite recently launching a Gluten-Free variant, now no matter if you’re vegan, coeliac, low FODMAP, vegetarian or pescatarian, all Australia's can enjoy the product.

The Vegan Australia Certified logo will start rolling out on Vegemite jars over the coming months.

“Over 2.5 million Australians are now adhering to a vegetarian diet, a figure that is up from 2.2 million in 2014,” Vegemite nutritionist Claire Saundry says.