Vaccine commercials in the UK, NZ and US and why they stomp on Australia 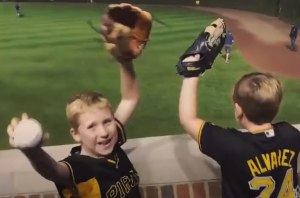 Luma Research, the brand and communications insights agency, has been taking a look at COVID-19 vaccine commercials and found a huge difference in approaches by advertisers across the world.

Australia’s federal government-backed vaccination campaign has been heavily criticised as boring and ineffective compared to campaigns in other English-speaking markets.

“There have been a lot of opinions thrown around about Australia’s vaccination campaign and what Australia should be doing to convince people to get the jab,” says Sally Joubert. CEO, Luma Research.

“But for all the publicity, we haven’t seen a lot of actual data. Luma wanted to put some statistics into the fold to see what was really happening in the Australian vaccination rollout."

AdNews earlier this month asked industry practitioners what would make a successful and effective vaccine ad.

For many it boiled down to appealing to Australians through emotion, as many other successful campaigns do.

A new vaccination campaign has been announced to launch in July to target younger audiences.

“We wanted to know what ads actually work, and why Australian’s appear to be hesitant towards getting a jab,” says Joubert at Luma Research .

Luma ran four ads through its add+impact creative testing platform to see which ones were effective and why.

These ads were tested among their respective countries with a national representative sample. Add+impact metrics are scored out of 10 with 6 being the proven benchmark for an effective ad.

“It scored incredibly well in our humour (7.8) and casting (7.3),” says Joubert. “This was perfect for the UK audience, with 61% of respondents saying they want to see ads that make them laugh during the pandemic.

“Almost two-thirds of those still to be vaccinated said they would after seeing the ad.”

New Zealand’s ad grabbed people’s attention and was extremely relatable (7.6 for relevance). People could see themselves as people who would get the vaccine (8.5 for affinity with the vaccine).

“People felt extremely positive and happy throughout the ad and we know positive feelings are the strongest driver for follow-through,” says Joubert.

“This ad was especially effective among young people with almost 60% of 18–34-year-olds saying they would get the jab after seeing this ad!”

The US provoked the strongest positive feelings towards the vaccine. Sport and national pride were extremely relatable (8.2) and persuasive (8.1).

People aligned themselves with what the add was saying and it provoked extremely strong emotions of empathy (9.5).

“Once again, the positive emotions connected well with young people, with 60% of 18-44s saying they would get the jab,” says says Joubert.

The Australian ad performed weakest across the board. It wasn’t engaging nor did it drive many emotions.

“While it was clear and to the point, people didn’t feel very motivated to act on it,” says Joubert.

“We know that Australian’s don’t feel like the vaccination is particularly urgent,” says Joubert.

“We think using travel as the focus for future vaccine advertising to excite Australian’s about getting vaccinated.

“Successful advertising also needs to be filled with strong positive emotions like empathy and joy to encourage positive feelings towards the vaccination.”