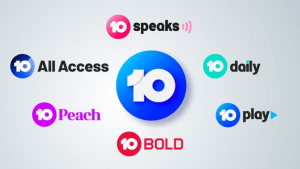 Network Ten will lean on consistency of schedule in 2020, as the business looks to bed down and reap the benefits of its investment into content over the past 12 months.

Ahead of its annual Upfronts, Ten CEO Paul Anderson tells AdNews the network remains firm on its commitment to target the lucrative under 50s market.

He says what Ten promised last year was greater investment into "trusted and integratable" programming and that, over the past 12 months, it has begun to deliver.

"Our commitment for next year is just to keep building the momentum that we have this year. From a content perspective, we said we were going to pivot to be under fifties, 50 weeks a year with a focus on general entertainment," Anderson says.

"We said that we would invest heavily in three things; content, technology and data and we've spent heavily in each of those areas which are really giving us some really solid traction now.

"Next year will be a continuation of that and with the backing of CBS, our promise is that we mean business and that we have a view that is longer than just the next 12 months.

The likes of MasterChef, Have You Been Paying Attention?, Gogglebox, The Bachelor and Bachelorette, I'm a Celebrity...Get Me Out of Here and Australian Survivor will all return in 2020.

Australian Survivor will have two seasons in the new year, with host Jonathan LaPaglia also fronting the new All-Stars format, which will air in February.

Following its initial success and becoming Ten's best launch program in the last five years, The Masked Singer has already been greenlit for a second season.

Ten chief content officer Beverly McGarvey says both clients and viewers rely on content consistency and while the network is still bedding in shows such as The Masked Singer, Dancing with the Stars and The Amazing Race, 2020 will highlight the value of Ten's schedule.

"We've talked about it for quite a few years. It's important for us to have shows with four stages in their life cycle, in year one and year three and year seven and year twelve," McGarvey says.

"Next year we're getting the benefit of our investment over the past number of years and what you will see is a more familiar audience who recognises and engages with the content.

“We delivered on that promise and Australians responded. We’ve seen year-on-year TV share growth in all key demographics since August. 10 Play and 10 Daily have delivered record audience numbers. 10 All Access is an out-of-the-box success. Our 10 Speaks podcasts are winning new fans every day."

Dancing with the Stars and the newest Ten drama Five Bedrooms will also make their return to screens in 2020, with McGarvey confident in their success.

Despite a lack of major content announcements this year, McGarvey says that doesn't mean there isn't room for further opportunity in 2020.

She says the business obviously wouldn't ignore content that was pitched to Ten but added that the show's format would have to be new, exciting and make sense for the network's overall programming strategy.

"Of course, there's always room to make announcements. Who knows what's around the corner? If somebody came to us with the biggest hit show in the world, would we find the money for it? Absolutely. We did this year for the Masked Singer," McGarvey says.

"We are looking to build and seeing what's out there but at the same time, we have to know we have a really good line up for 2020 and if we can add to that, then that's the icing on the cake."

One of the major announcements made last year was the launch of 10 All Access, a localised version of owner CBS' streaming video on demand (SVOD) platform.

Ten has run consistent marketing throughout the year to promote the platform, however, has been quiet when it comes to revealing how it has performed since it launched.

While the likes of Nine-owned Stan, Amazon Prime and Netflix have all made announcements throughout the year, whether it be regarding subscribers, viewership or local content developments, 10 All Access hasn't.

Anderson says the business is unable to reveal figures around subscriber growth or hours viewed but told AdNews that August was "the best performing month" for the platform in terms of views, since its launch.

"The important thing about 10 All Access is that for us it gives us a seat at the table in the streaming economy here in Australia, and we have more than 7,000 episodes of content to engage with," Anderson says.

"The streaming universe here and globally is changing quite rapidly. An important thing for us is that we have a lot of content, we have a platform and we have skin in the game. We still need to see how it plays out.

"We very much see it as a completion of our ecosystem in terms of broadcast, long-form, short-form and BVOD and SVOD."

Ten has confirmed its full line-up for 2020 so far, with the return of Pilot Week for a third year also announced. Despite a slower year in its second outing, the initiative will return. McGarvey was unable to confirm exactly which shows would be commissioned from the 2019 run but says the network is still very much considering all options.

Below is the full list of shows set to air on Ten over the next year: