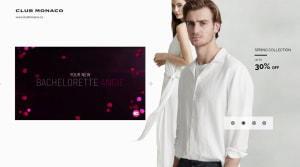 Network Ten has entered into an Australian-first partnership with You.i TV, a cross-platform app development company, which will see the company grow its advertising offering on its catch-up service, 10Play.

It will also allow for new ad formats on the app, beyond pre and mid-roll ads. Advertisers will have a choice of formats that can be passive, interactive or non-intrusive.

The 10 Play app roll-out with You.i TV is currently underway with the first platforms expected to be live from mid-2020.

Examples of these options include ad insertions when content is paused, during play at the bottom of the screen and at the end of content while waiting for next episodes to start.

The new options will be briefed into agencies, which will still be able to create and tailor the content to the specific piece of BVOD inventory.

Prosser says the new options will be considered a "premium" service and will primarily be taken to market as part of larger sponsorship packages.

"Initially I think it will definitely form part of sponsorships, no question, because when you think about some of the assets, particularly overlay of our message over content, that would only come with a sponsorship," Prosser says.

"Then, in terms of ad insertion on pause, that will be a case by case, but it really is a premium product that will clearly come along both in sponsorships but equally outside of that too."

Network Ten general manager – digital, Liz Baldwin, says with 10 Play having another record year as the network continues to invest in the content and product capabilities on the platform, this was a great opportunity to transform the user and advertiser experience.

She says You.i Engine One platform will simplify how Ten approach design and development of apps across multiple devices and platforms, making it much faster to reach audiences on whichever platform they choose to consume content.

Prosser adds that through the partnership, Ten will have the ability to control every pixel on-screen, effectively ‘monetising the glass’ by creating new ad solutions that go beyond the standard pre and mid-roll ads.

"This partnership will allow us to push the creative ad boundaries on 10 Play’s apps. I’m talking market-first opportunities.”

You.i TV boasts international clients such as AT&T, the NBA, the NFL and Twitch.