Up's save now, buy later with a twist 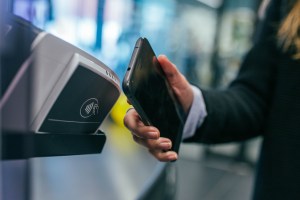 Digital bank Up launches a new in-app feature, Maybuy, encouraging people to save now, buy later by adding wanted items to their account and creating a visual savings plan for it.

Up head of product, Anson Parker, said: “People kept asking when we’d do a buy now pay later; our answer is that we made Maybuy instead."

The Up team collaborated with TABOO and alt/shift/ to create a launch campaign, including the Maybuy Exchange store in the Melbourne CBD where shoppers can bring in regretful purchases and get an instant reward - with a twist.

People will have their unwanted purchases scanned and assessed by the custom-built anti-impulse machine that randomly assigns a value between $10 and $500 for each item, with the funds being deposited instantly into their easy to-set-up Up account. The items will later be donated to a charity partner.

Taboo CEO Andrew Mackinnon said “The Maybuy Exchange showcases how easy good financial behaviour can be to adopt in a way that is culturally relevant and participatory.

“Being lured in with bright, flashing lights is often how we spend irresponsibly, but the anti-impulse machine offers a fun reframe for customers’ impulse purchases.

“They’re rewarded with the process of saving, rather than via the outcome – which often ends in regret.”

The Maybuy Exchange store is lighting up the Melbourne CBD between 11am and 4pm every day between Wednesday August 3 and 7 at 226 Swanston St (on the corner of Little Bourke St.