UM CEO urges agencies to hold onto 'pride and purpose' 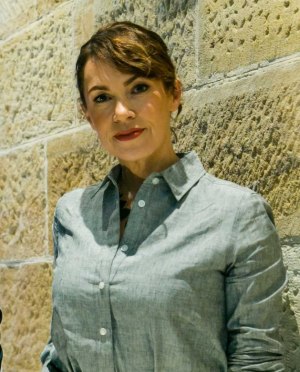 Following a 'blockbuster' year, UM CEO Fiona Johnston has emphasised the importance of her agency not "resting on its laurels" as she looks to continue to reaffirm the value of media agencies in the industry.

Over the past 12 months UM has been one of the hottest agencies in Australia, following a slew of major client wins including  the master media account for the Australian Government, worth a staggering $150 million, as well as Nestlé ($50m), AGL ($23m) and American Express.

These large local and global wins all follow the appointment of Johnston in October 2017. Since joining, Johnston has kept relatively under the radar, as wins noched up for UM.

In an exclusive interview with AdNews, Johnston spoke up on the notion that the industry had begun to take an overly negative perspective on the work done by media agencies, and how it was important to prove the opinion wrong as UM looked to follow on from its big year.

"Having sat a bit on the outside while consulting for a year or two, what I observed was very much a kind of general attack on anything to do with media, with claims that 'it's all about consultants' or 'creativity', as this insinuation that we didn't know what we were doing grew," Johnston said.

"I found that to be quite a siloed view of what is a really important business in an extremely passionate industry and this has got to change."

Since taking over as CEO, Johnston said she opted out of taking on a heavy presence in the media, hoping that the work done by UM would "speak for itself" and highlight the unique role agencies play in shaping the industry.

Now, as the dust settles and the agency boss sets her sights on new goals in the new year, she said she wants people to remember that while the industry isn't perfect, there is a lot of "pride and purpose" in what agencies do which can only be proved by creating "powerful work" that reflects this attitude.

"There have been mistakes in our industry for sure, but I urge you to try and find an industry that hasn't encountered a similar issue. By the same token we need to own that, move through it and continue to do what agencies do best - provide a dedicated, client first service," Johnston said.

"For UM this year, it's that collective culture and understanding that made us successful; that sense of pride, the coming together of minds, removing barriers and getting to good answers and good relevant solutions for clients.

"That's why I haven't done a lot of press. I'm far more interested in doing the right thing by my people and clients, which should evolve into 'good coverage', rather than being a voice, for voice sake."

Media agencies haven't been immune to their fair share of criticism in recent times, as clients opt to take more services in house, while consultancies continue to encroach on agency turf.

As a result of this, Johnston said the industry can forget just how "professional it can be" and that in 2019 she would prefer to see the agency landscape find some "normalisation" in the overall role it plays.

"There is always going to be change and criticism in this industry but I think it is now time to normalise those business challenges that we as an industry will always continue to face," she said.

"Challenges and change are just part of the business and we need to focus on efficiently working through it," she said.

When reflecting on her role, Johnston said it could have been "quite easy" to walk into the agency with a "brand new thing", claim that the structure was 'broken' and force the agency to start all over again.

Instead, she said UM was already was in a good position but found itself to be taking a "passive approach" to market with what it "did and didn't do" for clients.

For the first six months, Johnston, who had previously worked at MediaCom Australia, said she stepped back and examined how the agency could evolve, especially as the bigger client wins began to stack up.

"What we don't do is work as a sort of slave master operation as our clients don't get the best from us in that sense and all that does is continue to further a negative view," Johnston said.

"Equally, we need to be clear on what we do and don't do in certain periods of time because we don't have the time or the money to overwork and rework things. We have to be efficient and agile like every other industry that's changing.

"We have a good product that sits in a very important place of communication. It's a very complex place and it’s our job to try and demystify that as much as possible, making sure that it's clear as to why we get paid for what we do."

Johnston said having a smarter internal structure is the first step to "demystifying" the process.

"Every member of the team needs absolute clarity on what we are doing as a business if they are to deliver the best work for their clients, which all lead to a level of 'joined up' thinking," she said.

"Even if you take what we did with the Australian Government account team onboarding, we had a recruitment plan that went for three months to ensure that each team member was the right fit, but there were also continual check-ins within that period of time so we could re-steer hires to roles that were a better fit."