Two admen write a novel but forget a marketing plan 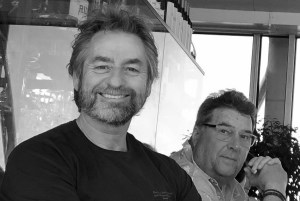 This was called Muddled Waters, about the light-hearted misadventures of a recently retired man.

The two writers had themselves just given formal work away. Boehm, the former managing director of Clemenger BBDO Adelaide, Clemenger Harvie Edge, and Y&R Melbourne, and Withy was the W in Adelaide agency KWP.

They liked the process of writing the first book so much that they have just released their second novel, Doubting Thomas.

With the first book, they spent three weeks developing a story outline and building the characters.

Next came the writing with about four months to first draft and another month editing and rewriting.

Each took a character and wrote from that point of view, sending chapters to each other as they finished.

They found this method created surprises as the story took shape with new twists and turns added to the initial storyline.

“Ironically, once we’d finished the first book we realised we hadn’t worked out how we were going to advertise and promote it,” says Boehm.

“So we stumbled around trying to figure out things like how to maximise our metadata on Amazon and what a Facebook Pixel is.

“We were pretty hopeless. This time around we’re a little better prepared, but there are over three million books on Amazon, so getting noticed isn’t easy.”

The latest book, Doubting Thomas, is a story about a Melbourne woman named Tilly Waters who inherits a house on the West Coast of Ireland from a half-brother she didn’t know existed.

The two writers say their most important measure of success was actually writing a book that they felt good enough about to publish and then have it read by friends, family, and acquaintances. 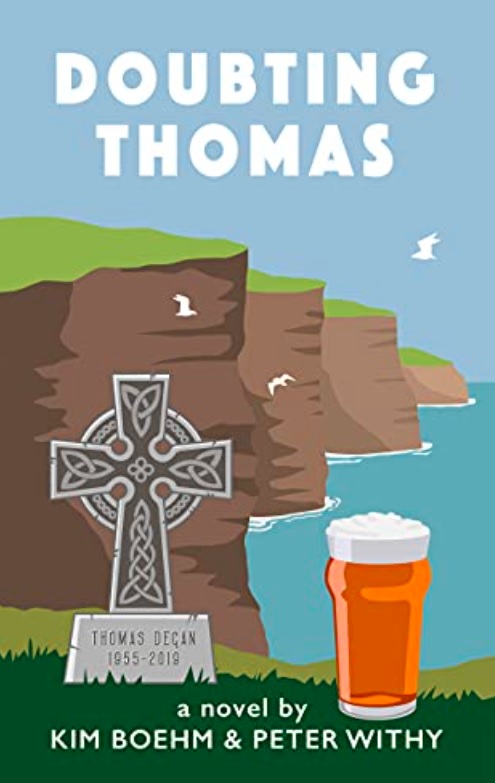 “We achieved that, and got enough positive feedback to make us feel that we’d written a funny, enjoyable book,” they say.

“But beyond that, of course we wanted to sell the book more widely if we could – but we soon realised the enormity of the task.”

Here’s what they discovered from writing and self-publishing the first book:

“We’re not doing this for the money, but we need to charge something for the book because if we don’t, Amazon won’t sell it,” they say.

“The price has to make it worth their while. So our philosophy was to price the book at less than a well-known or established author.

“The prices fluctuate a bit depending on a couple of factors, but we settled on $20 to $25 for the paperback and $4 to $6 for the Kindle.

"When we first published, Amazon was printing them (on demand) in the US. Hilariously, freight cost more than the book. Now Amazon prints in Australia too, so the postage is minimal and the delivery times are much better.”

They only sell through Amazon. Sales are in the hundreds, not the thousands.

“Over 90% of self-published books on Amazon sell less than 100 copies - so we’re happy to be doing a bit better than that,” they say.

And they advise anyone who’s ever thought about writing a book, to do so.

“It’s great fun,” they say. “You don’t need all of the story mapped out before you start. Obviously you need some idea of what your story is, but once you start writing, the story will evolve and take you on a journey through its own twists and turns.”

On a more practical level:

The latest book they have been pushing through social media with a good initial response.

They also did a five-day Kindle giveaway and promoted that on Facebook to the locked-down states. Nearly 400 copies were downloaded.

The benefit of a Kindle giveaway in the early life of the book is that it helps get the book read, reviewed and established in the Amazon system.

“That depends on your definition of success,” they say.

“For some, that would be getting a publisher. For others, it might be making money. For us, it’s finishing a book - and then getting enough positive feedback to verify for us that the book has merit.

“It is also wonderful when someone who you didn’t know had bought the book contacts you to say they’d read it and enjoyed it, or posts a review on Amazon.”