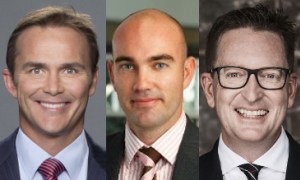 Australian TV networks have thrown their support behind reducing the ad load on free to air television when the market appropriately values advertising in a less cluttered, more effective environment.

Revenue and sales chiefs at Seven, Nine and Ten tell AdNews that reduced ad loads already exist in some programming, such as live sport, and at least one network plans to “trial and test” the concept more broadly despite past efforts to introduce shorter loads failing.

A major barrier to the concept is whether advertisers (and media buyers) are willing to pay a premium for advertising in less cluttered environments, particularly in a market that is often consumed by price and conflates value with low CPMs.

Media buyers speaking to AdNews have cautiously shown support for the concept, but do not believe the market is ready to pay a premium for the benefits of advertising in shorter commercial breaks.

Network Ten executive general manager of revenue Rod Prosser tells AdNews that improving the viewer experience through shorter commercial breaks will be essential for the TV industry to adapt to changing consumer behaviours that are being driven by ad-free SVOD services like Netflix and Stan, and shortening attention spans.

“We’ve got an industry that’s moving towards attention as its currency. Anything that we can do to better the experience for our viewers so they stay tuned into the content and more engaged with the ad break, the better,” Prosser says.

“I think we have to do it. It is upon us now and we are basically at the point where we need to trial these things.”

Seven West Media chief revenue officer Kurt Burnette points out that shorter ad loads already exist and it’s more a matter of ‘when’ rather ‘if’ the industry moves to shorter loads.

Typical ad loads in Australia are up to 13 minutes of ads per hour of TV content. In the coverage of some sports, such as AFL, this is reduced to about eight or nine minutes per hour.

Seven has conducted research with Neuroscience to compare the effectiveness of reduced ad loads.

“We’ve seen an 80% uplift in effectiveness,” Burnette says. “Once we start doing it in pieces and it builds, I think it will become more of a business as usual proposition.”

Reduced ad loads improve effectiveness for several reasons, such as less clutter for a brand to stand out and an improved position in break. Research shows that viewers are more likely to notice an ad that is running first or last in commercial break.

“You’re also suppressing your competition,” Burnette adds.  ”If your brand is taking over an entire break, which they would do if there is only three or four or five in a pod, which lends itself to potentially taking over an entire show. Once you have the category as a suppression value, that is worth a lot.”

Stephenson: 'If [reduced ad loads] delivers those outcomes and value...
then your CPM becomes less relevant.”

AdNews recently approached media buyers to see if the idea of reduced ad loads were viable. The overriding sentiment from buyers was that they did not believe the market was ready for the move even if it would be welcomed by advertisers and viewers.

HM Communications Group founder and CEO Virginia Hyland summed it up bluntly when she told AdNews, “paying more for less clutter is something clients aren't keen to do, it doesn't translate to impact on how many eyeballs we can hit for brand and how many sales we can achieve”.

Nine’s chief sales officer Michael Stephenson believes framing shorter ad breaks as “paying more for less” will never wash with advertisers, but the discussion needs to shift away from ‘cost’ and towards ‘value’.

“It makes no sense for someone to pay more for less,” he says. “In their minds they would need to feel and think they were getting more and that reduced advertising in a commercial break leads to greater effectiveness. It leads to greater attribution and sales and, therefore, that was of significant value.

“If [reduced ad loads] delivers those outcomes and value, which I believe it does, then your CPM becomes less relevant.”

Network chiefs realise that winning the support of media buyers will be crucial if shorter loads are to gain traction.

Prosser believes that it will be a matter of “trial and test” until enough evidence of its effectiveness can command a premium.

“I’m sure advertisers are probably sitting back and going while you trial and test, I’m not prepared to increase my CPM or rate,” Prosser says.

“We, as a business, are looking to some fairly bold plans of what this may look like. Hopefully while we trial and test it won’t have a huge initial impact on premium.

“But once the audiences are there and more switched on to stay through the ad break, then there will be a premium that follows.”

Proving effectiveness boils down to building a body of research and working with advertisers that are willing to innovate and have their results tested.

The return on investment needs to move beyond short-term measures like quarterly sales bumps and also consider longer-term benefits like brand building and creating advocacy for brands.

“You have to make sure those brand building components are in there as much as it is about sending someone to a website or an immediate call to action,” Burnette says.

“It shouldn’t be about the immediacy, there has been a shift to that but now we are starting to see brands look at that combination [of short-term and long-term outcomes].” 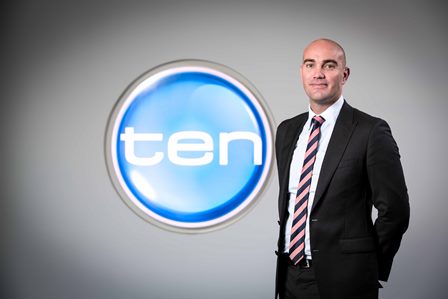 Prosser: “I think we have to do it...we are basically at the point where
we need to trial these things.”

Reduced ad loads can be achieved either by reducing the length of ads and maintaining frequency or by keeping the duration of ads the same and reducing the number of ads shown.

TV executives are reluctant to reduce the duration TV ads due to concerns it would impact effectiveness.

Prosser is firm in his belief that shorter ad breaks filled with internet-style spots of 6 seconds “would be absolutely woeful”.

“That is something that will have viewers switching off every day of the week,” he argues.

“What we would like to consider is that instead of a 3-minute break we have a 1.5-minute break and do fewer of our own pre-promotes in a break so advertisers are truly adjacent to the content.”

“Put that inside an environment where it is one of a few in a quality, brand safe content and it becomes another whole level of effectiveness,” he adds, pointing out that shorter creative suits smaller screens.

Although Seven would encourage longer ads, networks also need to be flexible to cater to advertiser demands if their strategy is to run shorter creative.

“It will be different for every customer but what we need to be able prove that ROI,” he adds.

Burnette: 'It’s incumbent upon the advertisers to be ready to be brave
and invest in developing that great creative'

Advertisers must be bold

Both Prosser and Burnette warn that reducing the ad loads is only part of the solution to improving the effectiveness of TV advertising. The other important piece is strong creative.

“I think advertisers will be encouraged to invest in great creative that connects with a large audience and reduced ad loads creates those sorts of opportunities,” Burnette says.

“It’s incumbent upon the advertisers to be ready to be brave and invest in developing that great creative and getting the best minds and production to the problem.”

Prosser agrees, adding that advertisers also have a responsibility to keep viewers tuned into ad breaks by investing in great creative that builds brands.

“There’s no question the standard of ads and their creativity has dropped significantly,” he says.

“Whether that’s because budgets have decreased or there’s less creative talent out there, I don’t know. Advertisers and their creative agencies need to step up and looking at how they are producing ads and the solution is not a 6-second ad.”

Ultimately it is marketers that will determine whether shorter ad breaks on television will take off.

TV networks and media buyers must prove their effectiveness but if marketing success continues to be defined as an ROI measure based on low cost rather than high value, cheaper alternatives for online video exist elsewhere.