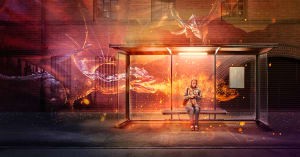 Leading marketers have called on the TV industry to change its model and the way it operates if it wants to win back the hearts and minds of marketers from the allure of digital media.

ThinkTV chair Russel Howcroft chaired the CMO panel at the ReThink TV conference in Sydney yesterday (30 December) and probed the marketers on what TV could do better.

It revealed some of the inherent infrastructure issues that television has to deal with to better appeal to both marketers and to audiences, despite universal agreement from the panel that TV is an effective medium for driving awareness and growth.

Telstra CMO Joe Pollard noted that the way TV operates has not changed in 50 years, but audiences and advertisers have.

She pointed out the frustrations of digital and streaming offers being sold separately to linear TV packages, and the way television inventory is sold as areas of friction for advertisers.

“The model needs to be revisited in a world of disruption … how you package it needs to be reengineered... All TV is digital, all I care about is how I reach my audience and where do I spend my budget to do it?" Pollard said.

"The industry has to change the way [inventory] is sold. Rather than trying to trade the volume with a side of integration, start with the innovation, the ideas, the integration and interesting stuff and then trade me some 30-second spots. If the industry wants to invert that, stop trading integration as a secondary thing and then there will be more value given to it."

Hugo Schreuder, CMO of Youi Insurance, pointed out that while businesses are always advised to be customer-first, the way the TV industry operates, it seems to forget that the customer it should be concerned about is the viewer – not the advertisers. He called out the often poor experience of watching television, which can come down to ad loading, multiple commercial breaks and scheduling that isn't designed for viewers enjoyment, but for advertiser satisfaction, forgetting that one tends to follow the other.

“This might be controversial,” he says, “but who are the networks putting first? Is it us [advertisers] or consumers? The content is great, but the experience isn't great.”

Two months ago Pollard was on stage at Google's Brandcast event singing the praises of YouTube and the role online video played in the success of Telstra's relaunch campaign which kicked off in July (pictured).

Howcroft was quick to press Pollard on her comments, suggesting that it was in fact television advertising that had driven the success of the campaign.

Back in September, Pollard was widely quoted as saying online video outperformed TV in terms of cost effectiveness. YouTube, she said, was delivering $8 cost per reach compared to a CPM of $23 on free-to-air TV.

“From a performance data perspective, YouTube is 30% more efficient for us than any of our other video sources,” she added. “We only pay for the ads that people actually watch, not the ones that they skip. It’s about paying for attention that engages our customers and that makes more business sense for us,” she said at the time.

In her response to Howcroft's challenge, Pollard was measured, but granted that television – both free-to-air and subscription – had played a major role in the campaigns success.

“YouTube was a critical part of our brand relaunch,” she said, “but the whole story is that we had a huge partnership with FTA and pay TV and all that carried through a sight, sound and motion strategy was the reason why it has gone so well.”

The campaign launched with a 90-second TV ad despite “headwinds and people saying long-form ads don't work” she added.

Schreuder added that while television advertising has been core to his brand's growth in recent years, Google search has also played a big role in the challenger’s success.

“It's easy to gee up digital”

Airtasker co-founder and CEO Tim Fung said that for his startup, which launched its first major television ad campaign 'Like a Boss' in September, contextualising its ads is most important whether it's “above the line” or digital.

"We feel the key thing we need to do is find relevance.... we are doing spots and dots with 45- and 30-second commercials, but we’ve got more emphasis on contextually integrated content on TV like Better Homes and Gardens. That's critical for us because we need to show relevance and educate users about Airtasker … we're trying to normalise something that isn't normal, so it's an awareness play,” he says.

“The hype around digital means it sounds smarter to gee up digital and say your all about data and transparency and those kind of things, but while all those things are true to a certain extent it's gee'd up way more than is true … we're data-led, but if you’re driving your business off optimising one metric, you're going to end up not building a very good business.”

Too obsessed with data

Relying on data alone is dangerous territory, according to Telstra's Pollard who says she always asks her teams and agencies “where is the artistry” in campaign elements, adding that the art is “equally, if not more” important than data.

“The industry is becoming too obsessed with data … data should drive inputs, insights, media trends, but then you have to craft a fantastic idea and distribute it very well. If you were to just listen to data all the time, you would end up with crap marketing,” she says.

Rita Harding executive director of marketing and campaigns at Transport NSW agreed that TV is the best channel for awareness building, and after being challenged on why the organisation “dicks around with other media” beyond TV by Howcroft, she explained that her objectives are more complex than achieving pure awareness through television.

“There is no stronger [awareness] medium for us, but awareness alone doesn't nudge people to do things, so we integrate with other channels to nudge our target audiences to make positive choices,” she says.

TV network CEOs - 'We challenge other media to be as accountable'