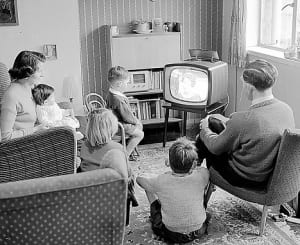 TV advertising is “disproportionally expensive”, but it continues to be seen as the most effective channels for marketers, finds a study of nearly 700 senior executives responsible for allocating media spend.

The report, conducted by Econsultancy in association with Datalicious, found 71% of respondents in Australia and New Zealand see TV as an effective way to reach audiences, on par with paid search (72%) and websites (74%).

Datalicious CEO Christian Bartens says with the increasing choice of media available, marketers need to ensure they are able to attribute outcomes effectively.

“TV remains important because it’s an effective way to help build brand at scale, but there’s a chance that companies are not attributing the role other channels have in reinforcing the brand message and driving conversions,” Bartens says.

Other traditional media mediums did not receive the same positive outlook, with less than half (46%) seeing radio as an effective channel.

The study found TV is attracting 31.2% of the media spend, despite Australians and New Zealenders spending 34.5% of the media time watching television. This means planners are spending less than consumer time would indicate.

In Australia, digital attracts a superfluous level of spending compared to actual consumer time. The survey shows online accounts for 35.8% of the audience’s media time, yet attracts 41.3% of advertisers’ budgets.

Interestingly, email is experiencing a global resurgence, with 90% of executive’s maintaining or increasing their investment. Paid social evokes a mixed response, with executives divided on whether to increase or decrease their spend.

Last week, Mark Ritson slammed digital marketing and the foolishness of marketers that throw their budgets at digital without a strategy. However, these latest stats should show the uptake to digital isn’t as advanced as Ritson would suggest.

Despite mobile being hailed as ‘it’ by big players such as Facebook, only 7% of marketers worldwide believe customers spend most of their times on mobiles.

In Australia and New Zealand 64% of respondents see mobile as being effective, but it falls below TV, outdoor, display, in-store, paid search and websites.

The Econsultancy report shows that only a little over a third (39%) of respondents in Australia and New Zealand use attribution to measure marketing effectiveness. Of those, almost half (46%) are using first or last click attribution, which places all the value of a multi-channel campaign to one medium and is considered the least effective attribution models.

“It is difficult to manage the growing range of channels without a clear understanding of how each element plays its part in achieving the final outcome,” Bartens says.

“For that, more marketers need to embrace sophisticated attribution modelling. Otherwise they are just muddling through”.

Last year, Datalicious released a survey finding hundreds of millions of dollars of wasted media investments are whittled away due to a knowledge gap regarding attribution among APAC marketers. Check it out here.