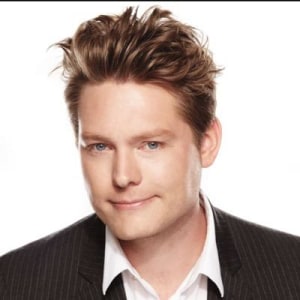 A quick scroll through Tom Goodwin's LinkedIn reveals he's never short of an opinion. The Zenith US EVP and head of innovation has become one of the industry's most thought provoking with more than 620,000 LinkedIn followers.

Goodwin sat down with AdNews for a quick-fire interview on the biggest topics across the industry right now from influencers to content marketing to the cost of CPMs.

What are your thoughts on influencers?

There are many instances where it’s a deeply effective channel but the number of occasions and number of brands that are in those particular context and environments is quite low. It seems to have become a catch all solution to lots of clients that have no reason to be in that space whatsoever.

If you’re in the fashion space, getting people to where your clothes is a great idea because it's highly visual and that’s how people have always learnt about what they want to wear. But when you get to face creams and shampoos that’s when it becomes more contrived as I don’t buy into the idea that people would naturally talk about the products they use. It’s even less suited to bank accounts and insurance products.

As an industry we don’t do a good job at being sceptical. We tend to think that everything that’s new is somehow shiny and interesting. There’s an idea that old media is broken and a new idea is the solution and that’s not always the case.

When mouthwashes decide to do influencer marketing https://t.co/ewX5majTm5

There’s a powerful saying that young people don’t watch TV and an idea that young people are the most desirable consumers, but they are hard to reach because they don’t like or trust advertising. There’s also a notion that young people are only comfortable with accepting recommendations from people they know. That sales narrative has been used to stop people from buying TV and print, and boost budget and spend on anything that isn’t considered traditional. That’s creating a perfect storm for content marketing and made it really easy to sell to people right now, but I’ve seen few examples of it done well. Often the pieces are done by quite junior editorial teams and are either a great piece on a subject that loosely connects to the brand with a logo slapped on it, or a highly constructed piece that reads like an ad and doesn’t have any authenticity.

For some brands it’s a great idea, but for lots of other brands, it’s not going to be an effective channel.

Most Publisher produced "branded content" is just their worst teams letting you pay far more money than typical to stick your logo next to their work. For a piece that is on a good day slightly thematically linked.

In my personal opinion, we’ve been talking about the threat of consultancies for five years. The narrative, since Accenture bought Fjord and Deloitte began building its digital unit, is they they’ll eat our lunch. But we’re yet to see evidence of them having that much interest in most of what ad agencies do. The reality is, the role of creative agencies won’t be taken away by a management consultant. I can’t see them wanting to do some of the scope of work agencies do. In actual fact, ad agencies are just as likely to buy up consultants for media projects.

See: How is adland responding to the threat of consultancies?

TV: Is it failing or flourishing?

The TV marketplace is complicated. The very definition of TV has morphed into something that no one quite understands. Let’s say you’re watching highlights of sport from a TV network on Twitter, is that TV? We don’t know. The truth is, very well produced video content, whether you watch it on TV or on your tablet, has never been more valuable than it is today. But distribution and the ad revenue in that space is complex. But TV is definitely not dying.

Have you seen a swing back to TV?

It’s different in different markets and it comes down to how it’s measured. I’ve seen a movement away from overnight ratings. The TV market, in terms of advertiser money, is growing globally, especially in the UK and US. Part of that is driven by scarcity, which is the strange thing with TV. The harder it is to reach people on TV, the more expensive the slots become. The big moments, like the Oscars and sports championships, have become more fleeting, so those must-see TV moments have become greater in value because they are so rare.

For example, for P&G there’s no other way to reach 30 million people than through the Super Bowl. But 20 years ago, you could’ve done that through an episode of MASH. On the internet, it’s the exact opposition; the most time spent, the more ad impressions created and the lower the price goes.

Is all measurement created equal?

The problem in the industry is that people are obsessed with measuring things in the same way. Using cost per thousand (CPM), we are suggesting that somehow we should compare a 60-second cinema ad on a 30 metre-wide screen with an engaged audience and a banner ad. They have no equivalence but the industry’s need to measure things has created quite a lot of incorrect information which has driven poor decisions.

Generally speaking, our industry has not done a great job at measuring the things that matter. We get obsessed with measuring things quickly and things we can change instantly which has created an environment where marketers have become focused on the short-term metrics, like click-through rates, followers, retweets, likes etc. Those metrics don’t matter that much.

Should the CPM unit be scrapped?

It’s not a magic unit but there’s not going to be another measurement unit that’s better. As an industry we have to get a lot more intelligent and have more informed conversations with clients about the value of particular media. There’s no need to turn everything into a spreedsheet.

What are your thoughts on attribution?

A lot of the attribution tools are more about proving success than creating success. The pendulum has swung too far away from art and towards science. 10 years ago, there was little science and a big focus on art but the internet came along and because we were able to record everything, we became obsessed with data and analytics. Somehow the pendulum has swung too far in that direction and we’ve become over reliant on data to outsource decision making.

What’s driving the over-reliance on data?

Data isn’t a person so it can’t be fired, which is largely why people rely on it to make decisions for them. But we need to become more comfortable with being uncomfortable. We should rely on passion and experience. If you go to the doctor, they ask a few questions and give you a diagnosis and you feel comfortable with that diagnosis because they have experience. We need to value the same experience in advertising and recognise someone can create a media plan without passing through a computer system that’s going to tear it to shreds.

Often there are so many variables to why a campaign is a success that’s it’s hard to track. To think we can understand it all is just a road to nowhere.