Tokyo Olympics to be postponed to 2021, says IOC member 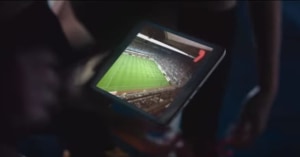 The 2020 Tokyo Olympic Games will be postponed due to the coronavirus pandemic, says IOC member Dick Pound.

While the International Olympics Committee (IOC) hasn’t made an official statement on the issue, Pound told US media that the games will be pushed back as the world deals with the spread of the virus, which has forced travel bans across the globe.

“On the basis of the information the IOC has, postponement has been decided,” Pound told USA Today.

“The parameters going forward have not been determined, but the games are not going to start on July 24, that much I know.”

Pound says details on the games, which will likely be moved to next year, will be worked out in the next four weeks.

Both Australia and Canada have said they will not send athletes to compete in the Olympics Games unless it is postponed.

The postponement of the event will impact Seven, which has the local broadcast rights, as advertising tied to the games will likely be lost. This morning the media company withdrew its earnings guidance, citing the impact coronavirus has had on its production and events, including the Olympic Games and AFL.

“Such postponements are likely to result in rights payments by SWM being pushed back to reflect the revised scheduling; any adjustments remain subject to negotiation,” Seven West Media (SWM) said in a statement to the ASX.

“However, postponements may also incur cancellation costs from underlying suppliers.”

SWM had already booked $90 million in revenue for the Tokyo Olympics broadcast event, with at least 10 sponsors secured.

UPDATE: The IOC has since issued a statement confirming the 2020 Tokyo Olympic Games will be rescheduled to “a date beyond 2020 but not later than summer 2021” in order to protect the health of the athletes and the international community.