This agency spent two years faking videos, you won't believe what happened next 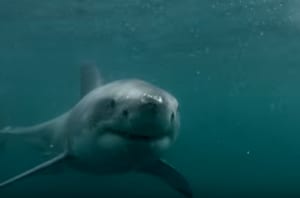 Clients briefing a 'viral video' has long caused agencies to put their head in their hands and weep. Virality, and the myth of viral content, is often reduced to distribution strategies and so-called 'viral hits' usually have a huge paid budget behind them.

However, one production house thinks it has the formula after spending two years creating fake videos solely with the purpose of making them go viral without any budget to seed or distribute the content.

Aussie production house The Woolshed Co has spend the last two years coming up with viral video ideas that have captivated the public and the media the world over. From shark attacks, lightning strikes and a bear chasing a snowboarder – you've no doubt seen and shared a few of them – but none of them were real.

Over the course of the last two years the agency has made eight videos, using a combination of stock footage, green screens GCI and compositing. It invested no paid media, promotion or publicity, and yet generated more than 200 million views and coverage. It's the reach and exposure brand marketers' dreams are made of.

The objective was to get news coverage and shares, by experimenting with “the conception, creation and distribution” of snackable content. The idea was to find out what made people watch, what they click on next, production techniques and distribution and seeding strategies that maximise sharing.

But, there are other elements at play that this 'experiment' brings up. There's a bigger question around what it says about content behaviours of the world's media and to the general public. People will share content without any regard to whether it's genuine or not and that many people literally believe anything they are told. It's entertainment and if a brand had been attached, it would have been part of those conversations. But it also shows there's great power in content and leveraging the power of social and traditional media – there's a warning behind this that there's a duty to be responsible with that.

There were debates around the authenticity of the videos but no one linked them all to one production agency or suspected that they were part of a sustained mission to prove a point about shareable content.

Woolshed believes the debate over authenticity was partly behind the viral success of the videos and compelled people to watch them.

David Christison, Woolshed managing director, said in a statement: “We set out to better understand exactly how to create short-form, highly shareable, snackable’ content, that is capable of reaching worldwide mass audiences, without the luxury of pricey media buys, ad campaigns, publicity strategies or distribution deals,” he said.

“We learned what worked, what didn’t, and what are absolute ‘must haves’ for any viral marketing campaign. Whether the story went for 20 seconds or two minutes, we aimed to take audiences on a ride that may shock them, make them laugh, make them cringe, but most importantly entertained them, no matter how brief, and no matter how questionable.”

One of the eight videos was for a client. Tornado Selfie was part of the promo campaign for the Roadshow Films movie Into the Storm which was released in 2014. Did it help boost box office sales for the movie? It made US$161.7 million at the Box office and according to Box Office Mojo it was ranked third in its opening weekend in November 2014. The video won gold for best viral campaign at the 2015 Golden Trailer Awards.

AdNews talked to MD David Christison and Jodie Fisher, a producer who worked on the project about the broader implications.

Did this start off as an experiment or evolve into one? What was the objective for you?

David Christison: It evolved. Our first attempt at a viral was the Shark Vid, which was a speculative experiment to see what we could achieve in the viral landscape. I guess you could call it the ‘pilot’ for the series. Our next was the Tornado Selfie which was client commissioned by Roadshow Films as part of the marketing campaign for the Warner Bros. disaster movie ‘Into The Storm’. From there we decided to evolve the experiment into a series to continue experimenting with what worked, what didn’t and what were the ‘must haves’ for a viral success.  Our objective was to master the craft of creating ‘viral content’ by cumulating learnings from one video to the next so that we can confidently replicate results in the future.

Jodie Fisher: The objective was always to go viral and make the news. It was a marketing experiment for this type of content. There’s no sponsorship, and they weren’t paid clips, we were trying to see if you could you take his formula and use it in the advertising world.

Viral content isn’t exactly new, what is the value in creating it and why do it as this kind of ‘experiment’ rather than for clients?

DC: As a young production company, we wanted to experiment and learn what makes a successful viral without having to risk clients money. By independently experimenting with viral content, we could test and refine our end product and that’s led us to where we are now. We’ve got a body of work that’s consistently strong and successful, and we’re confident what we’ve learned will be very powerful for clients.

Were there other videos that just didn’t work? Or did you only make eight attempts over the period?

DC: We did make one other video that was still a success, but didn’t reach the same lofty heights as the others. It was a last minute production about how Leonardo DiCaprio had ‘crawled' his way to an Oscar. It received 700,000 views on Facebook. You can view it here:

How will you apply the formula to branded work and are you having those conversations with clients?

DC: In short, we already have. The Tornado Selfie video was commissioned by Roadshow Films as part of a wider marketing strategy to promote the release of their disaster movie "Into The Storm".  Roadshow considered the viral a huge success, and it also picked up a Marketing Award for Best Viral Campaign at the Golden Trailer Awards in the US.  Now we’ve demonstrated ongoing success with this kind of content, we’re looking forward to using what we’ve we’ve learned in the process to help new clients.

JF: One of the videos was paid, the Tornado video was commissioned [by Roadshow Films] and we’ve had conversations with other clients about doing viral along the journey but we just kept the campaign under wraps from the media so it didn’t affect the future videos. Now we have a formula that we can execute and we can take that to clients and say ‘we’ve got these videos under our belt and we know how to make a video go viral’, so really, it’s like a really expensive resume.

Do you think there is an element of moral/ethical issue about putting out these completely faked videos as if they are real?

DC: The majority of news outlets who published the videos did so with a tone of speculation or jest, usually running them in their ‘lighthearted’ or entertainment sections. I think wherever there is doubt or debate around authenticity, you’re on the right side of the moral equation. If you look at other forms of entertainment, fictitious stories get positioned as true stories all the time – particularly in films.The [YouTube] profiles played along with the narrative from the videos - it’s a way of forging a deeper emotional connection with the viewer, who objectively knows they’re watching fiction, but they want to believe it’s true. It’s that 'wanting to believe' that can aid the momentum of something going viral.

What do you think this says about how people view content and how easily they believe in things? Could there be a backlash from people feeling like they have been deliberately misled?

DC: Every video created debate. You only have to look in the comments section to see that. I think the level of debate shows just how savvy viewers are, and personally I think that’s a good thing. People buy into viral content for the entertainment value, and that’s quickly followed by a critical analysis of the videos authenticity. I think learning to question video content no matter where you’re seeing is a positive thing for any audience. If viral videos help people understand that not everything can be taken at face value, I see that as a positive outcome for the series we’ve created.

JF: I think because viral video has been around for so long, we certainly aren't the first to create them and we won’t be the last, people already have a good sense of whether to believe it or not. I think people will see the humour rather than get offended.

How much did you invest in creating them?

JF: The production costs range between $20,000 and $70,000 depending on the level of production with the most expensive being those needing most post-production work. Being newsworthy was the goal and that’s what gives it credibility. We follow the views on every platform - that’s what people want – eyes across their ads so the views are enough of an indication.

Authenticity is seen as key to brand’s building trust, loyalty and relationships with consumers so if this was for a brand – would they need to be more responsible with authenticity? And how do you measure the ROI - are social views and hits enough to say it was effective?

DC: We’re not saying, ‘make fake videos to sell your products’. The needs and objectives of every marketing campaign is different, and so is the measure of success. What we’re saying is that we can take our learnings from the process of making these virals, and overlay them with your campaign objectives, and then measure the results against varying metrics, not just views. When we did this with the Tornado Selfie video for Roadshow Films, they had a variety of KPIs beyond simple view counts, and we hit or exceeded all of them. Using Roadshow as an example, their objective was to get people thinking about tornadoes, to whet their appetite for a disaster film. By looking at your campaign objectives in a non-intuitive way, you open up an endless number of opportunities, that’s the area we want to play in.

These are the videos that The Woolshed Co produced as part of its ‘experiment’. Did you fall for any of them?

Stormtrooper Falls Down Stairs On The Way To Star Wars Premiere