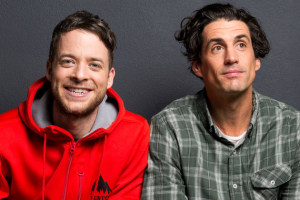 The third podcast ranker has been released, with Hamish & Andy back on top, as independent publishers join the initiative.

Schwartz Media, which produces the 7am podcast, TOFOP, created by Wil Anderson and Charlie Clausen, and The Parent Brand, the media network behind the Babyology and Kinderling Kids Radio brands, have all signed on.

They will be included in the Australian Podcast Ranker from January 2020. The ranker launched this October and ranks the top 100 Australian podcasts, counting shows which has at least one minute of content downloaded, regardless of time listened.

Major publishers such as News Corp Australia, Nova Entertainment and Southern Cross Austereo (SCA) are all signed up to the initiative, which aims to boost advertising spend on the medium.

“Their participation further consolidates the ranker as a collaborative cross-industry initiative that reflects the growth and diversity of this exciting medium.”

TOFOP producer Wil Anderson says it’s important for independent creators to be included in the ranker.

“When Charlie and I started our first podcast nearly 10 years ago, we had no idea podcasting would grow into the industry it has become,” he says.

“Our hope is the Australian Podcast Ranker helps raise the awareness of Australian shows, and attracts new advertisers, so more people can make an income talking about dumb sh*t with their best mate.”

For the third ranker, which covers October 28 - November 24, SCA and PodcastOne Australia’s Hamish & Andy podcast returned to the top spot, after previously being knocked down by AFL Trade Radio. 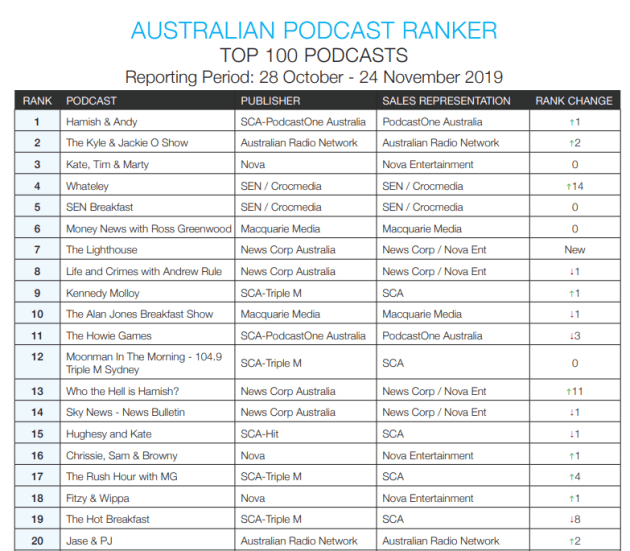