'There’s an unfortunate cloud sitting over our industry': Nicole Sheffield 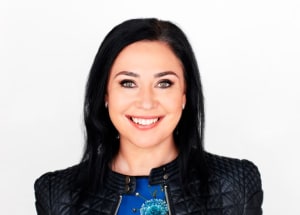 Today, SMI figures revealed that media agency bookings for digital advertising had suffered a year-on-year decline in February for the first time in nearly eight years.

The period coincides with the early phases of a boycott of advertising on YouTube by major brands, including Holden and Telstra, as well the Australian government and some of its agencies, such as Tourism Australia.

While the recent YouTube boycott was partly to blame, with video platform ad spend down 10.3%, there was $5.9 million less spent on publishers as marketers and media buyers rein in spend across much of digital.

News Corp chief digital officer Nicole Sheffield says the whole digital media industry suffers when major players like Facebook and Google dent confidence and trust in the channel, and this has been particularly harsh on traditional publishers that provide brand safe, premium environments.

“The message here before any traditional publisher starts celebrating is the reality is that all digital hurts when people are scared because they just turn away from the whole medium.

“What we must remember is we have 20 million Australians online every month – this is an important medium for Australian consumers and it’s a medium that needs to work.”

A cloud over digital

Sheffield tells AdNews it has been “incredibly frustrating” that Facebook and YouTube’s recent “headlines” can often be misrepresented by the media, industry commentators and advertisers as “all of digital is failing, when that isn’t the case at all”.

“We’re not in a great market and there’s a lot of anxiety and distrust, whether it’s with agencies, publishers or the tech giants,” she says.

“There’s an unfortunate cloud sitting over our industry, which is unfair because we are connecting with more Australians than any other medium. Unfortunately, we’ve all been tarred with the same brush. I don’t think anyone is winning right now.”

News Corp’s digital head says she isn’t surprised the YouTube boycott has escalated and spread so rapidly across the world.

“The actual issue here is what is my investment in advertising actually funding,” she adds.

“If it’s funding environments that are not committed to creating content and services for Australians that I can trust, then I’ve got concerns. This isn’t just about my brand being positioned as a pre-roll in front of a ISIS recruitment video, it’s much deeper than that. This is more about if my money is going there what is it actually funding – that’s an important distinction.”

At the heart of the issue, Sheffield adds, is that digital marketing is still in its infancy as an industry, having only been around for a decade, and is in a constant flux of change.

Consumers are viewing content across multiple devices and with greater choice of content and channel than ever before.

“This means that if you’re a marketer or an agency you have to stay ahead of the curve,” Sheffield says. “That’s hard because what you knew last year has already changed.”

Sheffield believes a positive outcome of the YouTube and Facebook crises is that they have emboldened marketers to get closer to understanding the digital value chain and where their consumers lie within that.

“If anything it’s an exciting time because you’re actually allowed to ask questions. There was a time when digital was very arrogant; we didn’t want anyone asking questions because the secret black box made us more exciting.

“Those days are over.”

The most important message she wants to get out to brand marketers is “don’t be scared of digital”.

“Just make sure your agency and you are fully transparent in where your ads are being placed and the environments they are placed,” she adds. “Don’t just look at attribution at the performance end of the scale. That’s not enough.”

Sheffield says it’s time for publishers to be “smarter, honest, fair and transparent” in how it presents the digital media value chain to advertisers.

She is adamant the campaign has been “a long time coming”, rather than a reaction to YouTube’s troubles, but admits it is an attempt to draw a line between News Corp’s offering from its rivals.

“I feel like as a media and marketing industry, we’re all taking this incredibly seriously…we have had many conversations with many of our clients who have had concerns for some time about what is a brand safe environment and understanding digital measurements and what does performance mean,” Sheffield says.

“Our commitment to brand safe environments that are premium with professionally created content, not user generated content is very important and something we’re committed to for many years.”