The top ads watched by Australians on YouTube in 2020 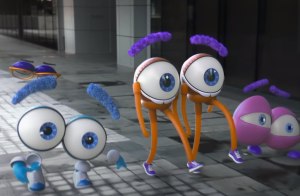 See It To Believe It - Hyundai

The YouTube Ads Leaderboard showcases the most creative and engaging ads, determined by a formula that factored in organic and paid views, watch time, and audience retention (how much of a video people watched) for the year to December 2020.

“2020 was a year to remember in many ways - for the creative industry it was a year of invention: finding new ways to create and produce, different ways to tell stories in a new and sometimes untested environment, and working out what resonated as we all went into a global pandemic within a sense of uncertainty," says Fiona Walford, head of creative development for Google Australia and New Zealand.

"What transpired is exemplified by the 2020 AU Ads Leaderboard, which is a testament to the breadth of highly effective creative work we saw on YouTube every day of that strange year, and brings to life the best ways to speak to that huge and diverse audience. It was rich and diverse, from pure brand ads, to long form storytelling to EOFY sales; all of them have found a place in the 2020 top 10.”

Summary: ‘Did Somebody Say Menulog?’ gets the Snoop Dogg treatment.

Fiona Walford: “Who could forget the distinctive voice of Snoop Dogg and that tune? So catchy and memorable, and clearly a huge success for the brand. It picks up on some key YouTube creative principles; great music, a famous face, fast moving scene changes to maintain attention - and a great first five seconds to kick things off! The long form 60 second ad coincided with a change of logo and a ‘Dogg’s Diner’ menu to enjoy. Brilliant stuff and a stand out number one.”

Fiona Walford: “Fast pacing is a well tested principle on YouTube to maintain attention and this is well delivered by the Samsung Galaxy work, which also leans heavily on showcasing the new fold feature and zooming in on the benefits. Some crisp, sharp visuals outlining use cases delivered clear messaging.”

Fiona Walford: “Also working with longer form - nearly 3 mins - and equally attention grabbing is this ad from Sportsbet. It’s a brilliant parody on the Olympics (sadly the only Olympics running in 2020!), and ‘laugh out loud’ funny, with many ‘average sports’ featuring Aussie world beaters. The branding is super clear throughout, and the Aussie-isms well entwined in the voiceover. Onya Australia! I especially loved the Wheelie Bin race at the end, and the nod to Cathy Freeman’s iconic outfit. The bright high contrast colours, fast pace and attention driving story arc really pack a punch.”

Summary: The Korean Tourism Organisation collaborated with an alternative pop band LEENALCHI and Ambiguous Dance Company on this ad, with music based on a traditional Korean folk tale and colourful dance and costumes.

Fiona Walford: “It feels weird to think about international travel in these times, but we can all dream! Launching in July 2020 ‘Feel the Rhythm of Korea’ is attention grabbing from the first frame with memorable dancing, colourful outfits, and catchy music. You cannot help but be inspired by the beautiful locations shown throughout and the good vibes this 90 second ad delivers. Watch it once and that tune is stuck in your head for hours! Creative principles of bright high contrast colours and really strong pacing here.”

Summary: Star power added to this ad for Cyberpunk 2077 — an open-world, action-adventure game.

Fiona Walford: “Humorous and entertaining. Hollywood star Keanu Reeves appears from the beginning of the Cyberpunk 2077 ad, delivering immediate impact in a trailer-like ad for the action role-playing game. It also features a clear call to action, plus more about the game if you want it on their YouTube channel - always a winning formula when more content is available.”

Fiona Walford: “Famous faces (and other parts !) came to the fore highlighting a highly successful YouTube creative principle with the hilarious R.M.Williams ad featuring Australia’s own Hugh Jackman - their global boot ambassador. The ad was made by Ryan Reynolds’ agency, Maximum Effort. A naked Hugh (aside from his boots of course) chats to the awkward R.M.Williams representative who clearly doesn’t know how to say “thank you - but please get dressed.” Funny, warm and spot on for this iconic Aussie footwear brand.

Fiona Walford: “Animation was cleverly used by Subway to bring to life their Sink a Subway high-sea gaming experience - with colourful characters, lots of action, and a strong call to action, ensuring everyone was a winner when they bought a ‘sub-and-drink’.”

Fiona Walford: “This long form tutorial type ad featured the fabulous drag artist Leasa Mann - who became the new face of electronic bill-payment system BPAY after she offered to pay the bills of struggling Australians in the pandemic using the service. That initial act of generosity has continued to grow, with Leasa fronting a new BPAY tutorial video that will also raise money for the First Nations Foundation.. A really fun, fast paced and informative video, using large type supers effectively and including a donation at the end if the viewer completes the video - a very nice touch!”

Fiona Walford: “Mercedes have created a mysterious, intriguing ad for the new Mercedes-AMG GT Black Series. Fundamentally celebrating all things wonderful about a performance automobile, you can see why anyone and everyone would want to test drive this car. Quick scene changes delivering multiple peaks in the story line, tight framing, beautiful shots of the car, and the sound of the engine accelerating. This 60 second ad holds your attention right until the end, and ultimately brings a smile to your face with an unexpected shift. Great deliverables of YouTube Creative best practice.”

Fiona Walford: “Clever ‘eye-catching’ animation in a real life scenario, and good signage acting as a background call to action. An effective and successful way to deliver creative during a time when production constraints made shooting ads very difficult, and when new car sales were starting to return to 2019 levels after a challenging first few months ”