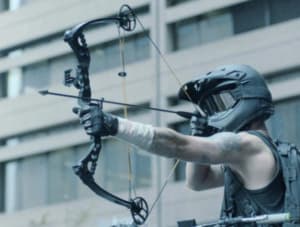 A still from The Monkeys' Boost Mobile campaign.

Creative agency The Monkeys took home the Grand Prix award at a glittering Media Federation of Australia awards last night, with its work with Boost Mobile deemed "as good as it gets" by the competition judges.

It lauded the insight The Monkeys had about its target market, and how it executed the message.

The task for The Monkeys was to relaunch from a baseline of zero customers, with pre-paid mobile player Boost Mobile having spent 12 years building a partnership with Optus, which was subsequently severed.

So The Monkeys needed to connect 150,000 customers onto a new SIM program while driving a lazy half a million prospects onto boost.com.au and create more than a million contacts with potential customers.

When they started brainstorming, they discovered that pre-paid contracts represented freedom to younger customers, who were wary of being locked into longer contracts like mindless zombies.

Influential YouTube vloggers were recruited as zombies in the film, leveraging their networks for free.

Following up the films with paid video seeding, keyword strategy and then a social media campaign.

More than 200,000 customers were connected, which was 22% over target, and the films received 1.34 million unique views.

Judges said the work showed a deep understanding of the target market, with the task, the insight, the strategy and execution all linked seamlessly.

The campaign won a total of three awards on the night, with Initiative also big winners for its "game on" campaign for Kia Motors and MediaCom for its Kiss Debate campaign for Procter & Gamble, which made young men question their current fixation on beards.

There's a full list of winners below, or you can head to the full run-down of winners and finalists on the night [PDF format].

IT AND CONSUMER DURABLES

MEDIA AND ENTERTAINMENT/ TRAVEL AND LEISURE

MEDIA OWNER OF THE YEAR

MARKETING TEAM OF THE YEAR

Campaign:‘Team of the year’
Client: Officeworks